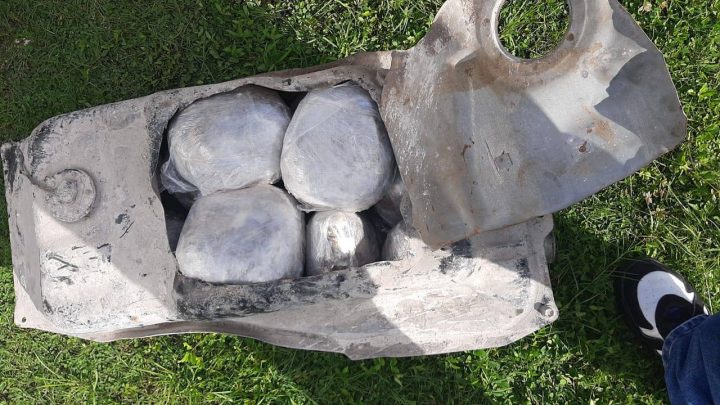 By Aaron Humes: Police have charged 31-year-old Jose Maldonado, a resident of Corozal Town, and his common-law wife, 27-year-old Reina Gongora, a resident of Chan Chen Village, Corozal District, with possession of controlled drugs with the intent to supply.

This is after a contingent of the Anti-Narcotics Unit spotted a taxi van with Corozal license plates travelling on the Philip Goldson Highway between Ladyville and Sandhill villages.

The vehicle had apparently broken down on the road and the officers approached intending to offer assistance. But they quickly went into law enforcement mode when the scent of marijuana hit as they approached.

The officers found a total of 38 parcels of the drug amounting to 47 pounds – 11 parcels behind the driver’s seat; another 20 inside the gas tank after a mechanic opened the tank at the Ladyville Police Station; and a further seven under the dashboard.

Senior Superintendent Hilberto Romero, the deputy head of the National Criminal Investigations Branch made a note at the weekly press briefing that “An investigation is being conducted to try and establish the origin” of the drugs and that it was a possibility it was brought over from the border, adding that police made use of intelligence they obtained to make the bust.