Belize, Costa Rica to expand testing in response to new CDC requirement for US travel

700,000 Hindus assemble for largest religious gathering on Earth despite pandemic 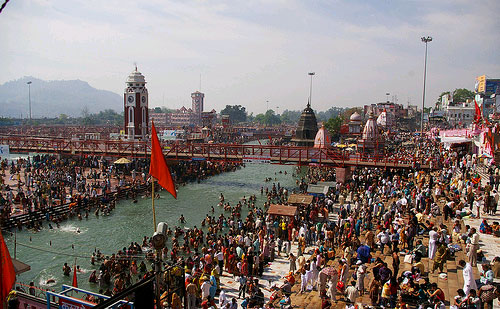 By BBN Staff: Despite having the second highest number of COVID-19 infections in the world as well as the third highest number of deaths, some 700,000 people in India have gathered along the banks of the River Ganges in Haridwar, for the Hindu festival Kumbh Mela.

The Guardian reports that the state government of Uttarkhand has not made any formal plans or preparations for the festival attendees but has not tried to deter them from participating in the festival, which traditionally runs from January 14- April 27. However, due to the pandemic, the government did reduce the celebration time from three and half months to 48 days.

Officials said that all the protocols were followed on the first day of the congregation, Thursday, and almost 1,000 people were fined for violating pandemic prevention guidelines.

Reports are that the state’s high court has condemned the lack of preparation by the government, for an event that they knew would be held.

“It is the foremost duty of the state to protect the people from the Covid-19 pandemic…,” judges said. “While trying to organise a mega event, which is the largest congregation on planet Earth, it is the duty of the state to be thoroughly equipped for any contingency that may arise during the period of two months when the Kumbh Mela would be celebrated.”

The court also reportedly questioned whether the event should even be happening given the availability of only 5,500 hospital beds designated in COVID-19 wards in the city of Haridwar.

The Kumbh Mela festival originates from the Hindu texts that says gods and demons fought a war over a sacred pitcher containing the nectar of immortality. During the battle, drops of the nectar fell at four different locations on the Ganges. The festival takes place in these four places on a 12-year rotational cycle. The festival is recognised as an element of Indian cultural heritage by Unesco, and reportedly hosted 55 million people in 48 days during the last edition in Prayagraj (formerly Allahabad, in the most populous state of Uttar Pradesh) back in 2019.