Belize, Costa Rica to expand testing in response to new CDC requirement for US travel 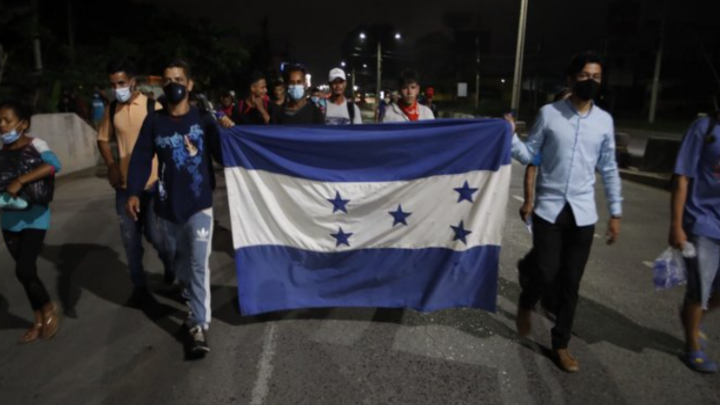 By BBN Staff: The Associated Press reports that the migrant caravan, which was planned for several weeks via social media, left Honduras on Thursday on schedule despite countries in the region closing their borders.

The caravan departed from San Pedro Sula headed north with the hopes of traveling through Central America into the United States.

Guatemala’s President decreed a state of prevention along the country’s border with Honduras on Wednesday, stressing that migrants coming without proper documentation and following proper pandemic-screening posed a health and safety threat. Guatemala deployed more than 2,000 police and soldiers at the border to prevent the caravans from entering.

Honduras has repeatedly stopped caravans from leaving the country, and sent some 75 police officers in riot gear, to stop a caravan of 200 trying to leave the country on Wednesday.

On Thursday, Mexico’s National Immigration Institute showed hundreds of agents and National Guard members near its southern border, noting that they will be “keeping vigilant.”

Those being interviewed in the caravans say that they have to leave Honduras, because the economic and social conditions have become unbearable.