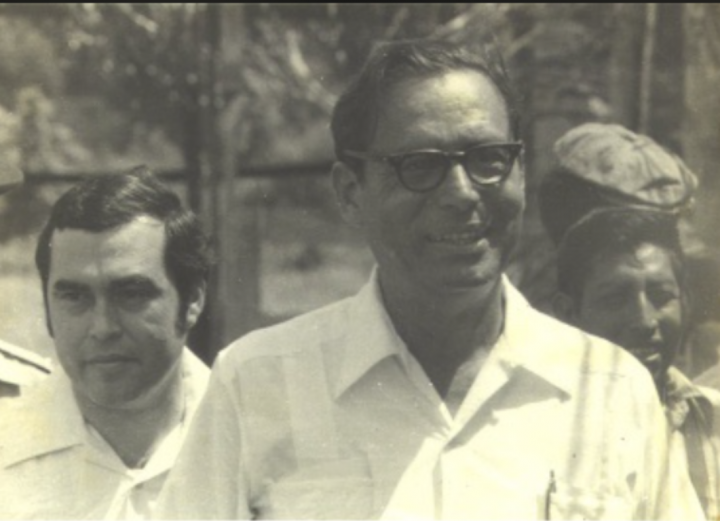 By Aaron Humes: On the first observance of George Price Day, at a wreath-laying ceremony graveside in Belize City, acting Prime Minister Cordel Hyde said that while many started the journey to Belize’s Independence, only one stands tall – Right Honourable George Cadle Price.

He reiterated that Price is the sole “Father of the Nation,” taking the reins of the People’s United Party for four decades and the government as First Minister, Premier, and ultimately Prime Minister, managing to get the country to independence with all its territory intact, and socially receptive.

Hyde said Price managed to resist profiteering capitalism in his day and encouraged future leaders to do so, stating that Price would not tolerate current conditions that robbed Belizeans of a future.

“Despite being the most powerful man in the country for the better part of four decades, he lived in the same house, on the same street, in the same area, practically all his life. Wore the same clothes, ate the same food, woke the same time, attended church each morning the same time, lived the ideals of social justice in its truest form,” said Hyde before listing Price’s many accomplishments. “In honoring him, we honor the best of us.”

Hyde added that celebrating Price should not detract from anyone else and that January 15 is the people’s day, as the great man would no doubt have preferred, as he once said that our true worth as Belizean citizens is the work that will make Belize great and help those suffering poverty to come out of it, that it is all our cross to bear.

And Price has not truly gone away, the Lake Independence area representative added, saying that his voice guides us on our journey, and always to remember that it could easily be us and not them.