Police Commissioner clears up a rumor about the curfew time change 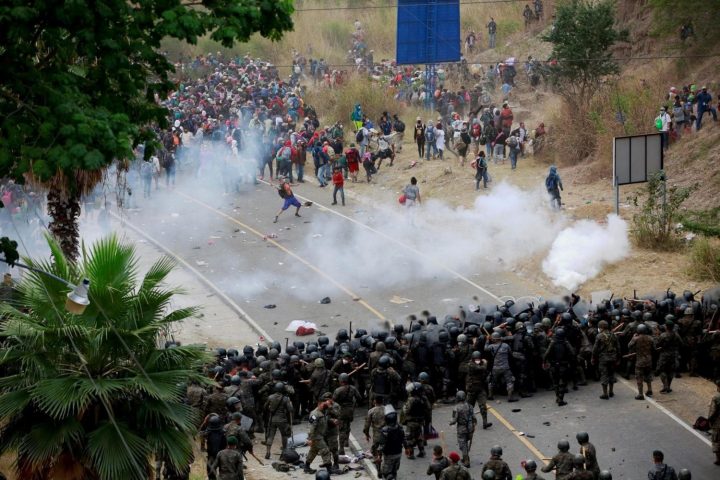 By BBN Staff: A violent exchange erupted this weekend between Guatemalan security forces and thousands of Hondurans attempting to travel to the United States via caravan.

Aljazeera reports that around 9,000 Hondurans arrived at Guatemala’s southern border on Friday, and met with thousands of security officers in riot gear.

Many migrants were reportedly beaten with clubs while authorities blasted tear gas into the crowds in an attempt to keep them from entering Guatemala.

Despite their efforts, around 6000 managed to push through the blockade, without showing the required negative COVID-19 test results.

Aljazeera quotes Alejandra Mena, a spokeswoman for Guatemala’s immigration agency as saying, “A small group got through and the rest were detained. The people who got past have been located,”

Guatemalan President Alejandro Giammattei issued a statement, following the exchange, calling on Honduran authorities “to contain the mass exit of its inhabitants.”

“The government of Guatemala regrets this violation of national sovereignty and calls on the governments of Central America to take measures to avoid putting their inhabitants at risk amid the health emergency due to the pandemic,” Giammattei said.

The caravan left San Pedro Sula, Honduras on Thursday, behind a smaller group of about 200 that departed on Wednesday. The migrants say they are fleeing worsening socio-economic conditions, which were made worse by the COVID-19 pandemic and two major hurricanes that hit Honduras last year.