An Emblem of Unity 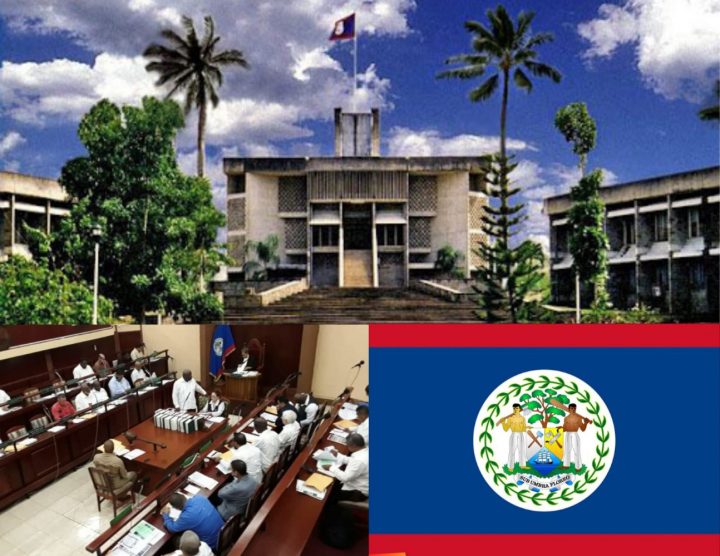 In 1981, at the sunrise of a new beginning as an independent and sovereign nation, the Belizean people decided that the blue, white, and red flag would be the emblematic logo and symbol that would represent us as a nation. The flag was known as a “symbol of unity”. The political party (at that time) proposed a blue flag with the Coat of Arms in a white circle. The public was divided. They wanted the flag to be symbolic of unity. So, it was proposed to have a competition to see who could submit a design for a flag that would unite all Belizeans regardless of their political affiliation. The Belizean flag that now fly’s high in our country was the design that won that competition.

The flag which currently fly’s high above our Honorable House of Representatives, should be emblematic of unity, but sadly doesn’t represent those within this House. Sadly, there’s a selfish partisan mentality in both major political parties representing the people of Belize. Without truth there will never be unity. Without unity there is division and collapse. The source of all truth, the Lord Jesus Christ stated, “Every kingdom divided against itself is brought to desolation, and every city or house divided against itself will not stand.” One day He will rule and reign over all nations and every knee will bow and every tongue will confess that He is Lord!

Jesus Christ was selfless. He did not come to be served but to serve and give His life as a ransom for many (Mark 10:45). The King of kings stepped off of His throne, took on human flesh, walked this earth, was tempted at all points yet never sinned, so that He could redeem His people. He laid His life down to rescue ungodly sinners. Unity can ONLY be achieved by having the attitude and mind of Christ. Members of the House must be born again. Until that occurs there will never be unity within those representing Belizeans. Born again Christians are admonished to pray for those in authority. If you’re in Christ, pray that God would grant our leaders salvation!

Christ was lowly of mind and humble. Humility is something that we, and our leaders, all need in order to maintain unity in the truth. These attitudes can only be attained if we are in Christ. To be in Christ is to recognize that we have been living according to the selfish desires of our flesh continuously sinning against God our Creator. Recognizing that we have sinned and that God commands us to repent. We must humble ourselves before Him who is Lord over all. In His selflessness, Jesus prayed, “Father forgive for they do not know what they are doing.” Christ’s willingness to serve and give His life as a ransom for His people is the greatest manifestation of His love. Paul writes in Romans 5:8, “but God shows His love for us in that while we were still sinners, Christ died for us.” God’s love is not selfish.

“Have this mind among yourselves, which is yours in Christ Jesus, who, though He was in the form of God, did not count equality with God a thing to be grasped, but emptied Himself, by taking the form of a servant, being born in the likeness of men. And being found in human form, He humbled Himself by becoming obedient to the point of death, even death on a cross.  Therefore God has highly exalted Him and bestowed on Him the name that is above every name, so that at the name of Jesus every knee should bow, in heaven and on earth and under the earth, and every tongue confess that Jesus Christ is Lord, to the glory of God the Father.” (Philippians 2:5-11)

Are you in Christ? Friends, we love you enough to tell you the truth. Today 150,000 people will die (globally). Your day has already been appointed by God. Make sure you’re ready. If you will not repent, you will perish in your sins. Repent and turn to Christ before it’s too late!

If you’re looking for a church, need a Bible, Gospel tracts, or prayer, please visit our website at http://www.repentbelize.com/gospel/ we’re here to help you grow in our Lord and Savior Jesus Christ.