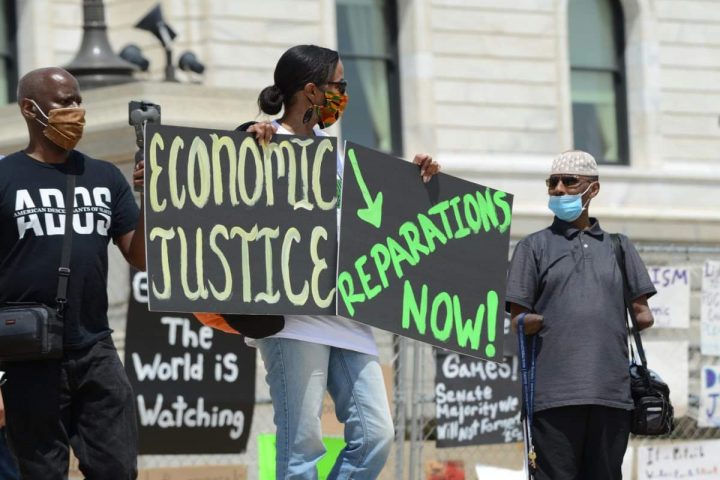 By Aaron Humes: Countries from Greece to Jamaica have been demanding the repatriation and restitution for treasures looted by former European colonizers as part of the overall reparation for damages caused by colonialism.

A group called Colonialism Reparation has documented activity in 2020 concerning such repatriation efforts and repeated its call for this to take place while condemning the attempts by some former colonizers to hinder this inevitable step of human evolution.

In the case of Jamaica, in October Minister of Culture, Gender, Entertainment and Sports Olivia Grange demanded the restitution of the sculptures of Taino zemi (sculptures representing ancestral spirits and deities worshiped by that island people), removed by unknown persons during the colonial period, at the British Museum in London, United Kingdom.

In June, the Office of the United Nations High Commissioner for Human Rights published the draft of the report Repatriation of Ceremonial Objects and Human Remains under the United Nations Declaration on the Rights of Indigenous Peoples; the final version planned for September 2020 was postponed for the COVID-19 pandemic.

On December 24, 2020 the French Parliament promulgated the law 2020-1673 on the restitution of cultural property to the Republic of Benin and the Republic of Senegal with which, while respecting the promises made on November 23, 2018 by the French President and on November 17, 2019 by the French Prime Minister, a case-by-case approach is however chosen instead of an amendment of the Heritage Code to make definitive restitutions possible and permanent.