Tokyo Olympic Games to go ahead in July, say organizers, but questions remain 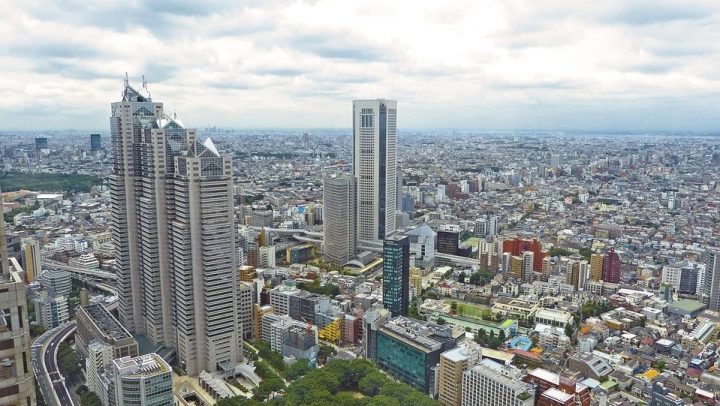 By Aaron Humes: The Associated Press says that despite denials from local organizers and president of the International Olympic Committee Thomas Bach, the postponed Olympic Games set for exactly six months from tomorrow appear under threat.

A report in The Times of London which cited unidentified government sources suggested that a leading member of the ruling government coalition says it’s not going to happen as the consensus is that it’s too difficult, but no one wants to say so publicly.

The Times further reported that Japan wanted to try again in 2032, as the IOC has already awarded the 2024 Olympics to Paris and the 2028 version to Los Angeles. But given it has already spent US$25 billion to organize the Games, mostly from public funds, it appears unlikely they will back out so easily.

The Games, first awarded to Tokyo in 2013, were postponed ten months ago during the height of the COVID-19 pandemic.

Statements from both the local organizing committee and the IOC and IPC (International Paralympic Committee) reiterate plans to go ahead.

Several reports of cancellation began to surface this month when the Japanese government put Tokyo and other prefectures under a state of emergency order to counter a surge of rising COVID-19 cases.

Senior International Olympic Committee member Richard Pound said earlier in the week that the Olympics may be held largely without fans, making it a mostly television event. The Switzerland-based IOC gets 73% of its income from selling broadcast rights and has seen its main revenue source stalled by the Olympic postponement. A largely TV-only event would suit the IOC better than a cancellation.

Bach hinted that radical changes may be needed to pull off the Olympics, which involve 11,000 athletes and tens of thousands of coaches, officials, judges, VIPS, media, and broadcasters.

Japan has reported fewer than 5,000 deaths from the coronavirus and has handled the virus better than most countries. But the surge is not tapering off in Tokyo, a sprawling metropolitan area of 35 million.

Public opinion in Japan has also turned against the games with 80% in several polls saying they should be postponed again or canceled.

Japan is experiencing a slow rollout of vaccines. However, the IOC has said its measures against the virus will focus on testing, quarantines, social distancing and keeping athletes largely isolated. The IOC has encouraged athletes to be vaccinated but will not require it.

Meanwhile, Japan hopes to start COVID-19 vaccinations in late February, but uncertainty is growing that a nation ranked among the world’s lowest in vaccine confidence can pull off the massive, $14 billion project in time for the games in July, casting doubt on whether the Tokyo Olympics can happen.

Japan has secured vaccines for all its citizens, and then some, after striking deals with three foreign pharmaceutical makers — Pfizer Inc., AstraZeneca and Moderna Inc. Its swift action was seen as proof of its resolve to stage the games after a one-year postponement because of the pandemic.

Inoculations will start with 10,000 front-line medical workers. Then about 3 million other medical workers will be added ahead of high-risk groups such as the elderly, those with underlying health conditions and caregivers. The rest of the population is expected to get access around May or later, though officials refuse to give an exact timeline.

Japan is under a partial state of emergency and struggling with an upsurge of infections. There have been about 351,000 cases, with 4,800 deaths, according to the health ministry.

Many people are skeptical of the vaccination effort, partly because side effects of vaccines have often been played up here. A recent survey on TBS television found only 48% of respondents said they wanted a COVID-19 vaccination. In a Lancet study of 149 countries published in September, Japan ranked among the lowest in vaccine confidence, with less than 25% of people agreeing on vaccine safety, importance and effectiveness.