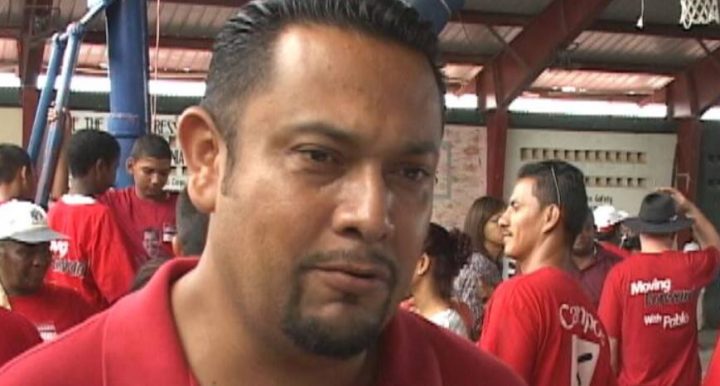 By Aaron Humes: Leader of the United Democratic Party (UDP) and of the Opposition, Patrick Faber, has announced that four-time mayor of Corozal Town, Hilberto Campos, will be the UDP’s candidate for the upcoming Corozal Bay by-election, as reported by the party organ The Guardian.

Faber stated in making the announcement during a party press conference on Wednesday, “I will tell you that that comes with the full support of [former area representative] Pablo Marin; we did not have a fight.”

Marin, the former Minister of Health, had stood down following a 400-vote defeat to David ‘Dido’ Vega in November, but the by-election is necessitated by his passing a month after the general election and on the day he was to be sworn in, due to COVID-19.

Faber compared the UDP’s process of selection with the “grumbling” in the PUP, which he claimed was the result of “trying to force-fit a candidate, trying to get some sympathy and name recognition and all of that;” Marin, in contrast, stood aside despite still being loved in the Bay according to Faber – his 400-vote defeat was more a matter of the national swing against the party after two terms in office. The party, he added, would put all its support behind Marin and Campos, long-time allies, to win back the seat.

The by-election is tentatively scheduled for the same day as the municipal elections countrywide – March 3, 2021. The UDP will aim to continue two trends related to by-elections – of the incumbent never holding on to a seat in any by-election, of which there have been four since Independence in 1981, and its own two-election streak of winning by-elections in Cayo North and Dangriga in 2015.