Police investigating chokehold video, but was it manipulated?

Sadie Vernon tablet theft may be “inside job;” one arrest as majority recovered 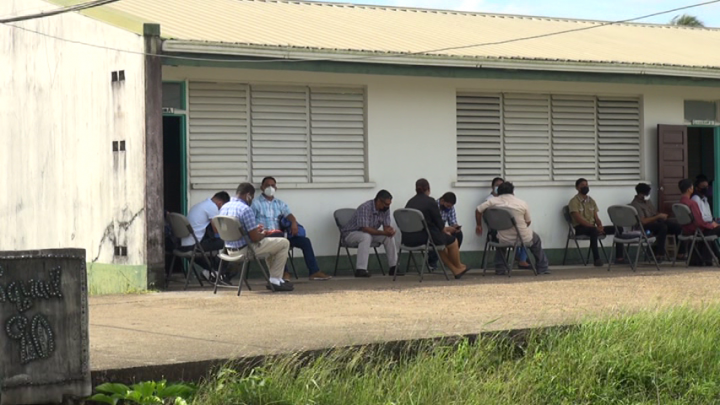 By Aaron Humes: The Police Training Academy grounds in Belmopan saw hundreds waiting this morning to be interviewed as the second round of selection for the latest Police Department intake began.

According to their future boss Chester Williams, many (more than 2,700) applied, but few (225) will be chosen.

The results of the entrance examination have been tallied and about 1,000 survived the first cut. Those lucky few, starting with applicants from the northern districts of Corozal and Orange Walk, appeared in the capital today to be interviewed, socially distanced by protocol.

Next, says the Commissioner, “those persons who are successful in the interviews will move on to the third stage of elimination which is going to be the vetting; and from the vetting we eliminate further and then we go to the medical and from the medical we eliminate further and come up with our final list. So, we are hoping that by the third week of February we should be ready with our final list…”

The Department uses the Central Medical Laboratory for physical examinations, but of course it is occupied by testing for COVID-19 and so they will work together to get the list ready.

Because the budgetary allocation is for only 225 recruits, those eliminated from the final round, says Williams, may have to enter a stand-by list, but the Department expects that it will be larger than usual depending on the result. They may end up being pressed into service as the Department foresees some recruits not making it through the three-month training (during which they will be housed and quarantined at the Academy) due to homesickness and occasionally jealousy for those with a romantic partner left behind.

And as for Commissioner Williams himself, he jocularly confirmed he wasn’t leaving his post contrary to scuttlebutt – except, he said, “to be director of Channel Seven…tell Jules [Vasquez] to step aside because I’m coming!”