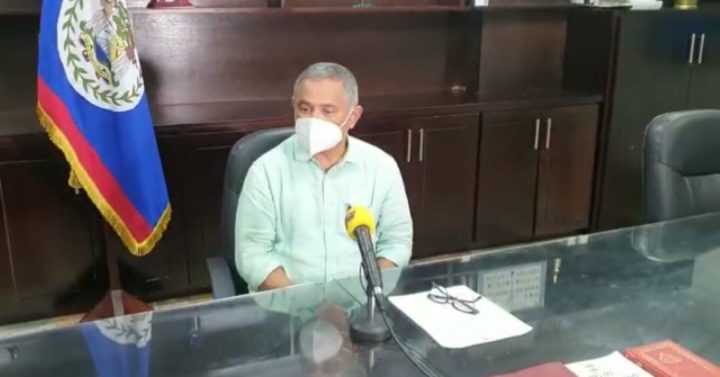 By Aaron Humes: During Cabinet’s regular weekly meeting in Belmopan, the Cabinet approved plans to ratify, through the Senate, the United Nations Convention on the Recognition and Enforcement of Foreign Arbitral Awards, which has been enshrined in our laws since 1980.

Prime Minister John Briceño told reporters afterward that the convention, once ratified, cannot be used to enforce current arbitral awards: “This convention that we want to have accepted, to be passed, to be ratified, will have absolutely nothing [to do] with previous awards that have been passed against the Government of Belize,” adding that the Government has been careful is relying on its legal advice to ensure this does not happen.

He further noted that the Government is partaking in “delicate negotiations” over other debts owed by the Government, without giving details, and it was advised that as a result of these the Convention be ratified; but the Convention is and will not be applicable to Ashcroft or others, “period, full stop, punto final.” And there is no need, he said, for additional legislation concerning him or others taking their chances once more.

And while the Prime Minister insists he speaks “plain English,” and is not trying to play on words, expect the now-Opposition United Democratic Party and cross-bench senators to attempt to make Greek of it as they decipher with whom are the delicate negotiations the P.M. spoke about when the Senate meets on Thursday.

For the record, the House of Representatives in 2018 quashed a bill that would have authorized then-Prime Minister and Minister of Finance Dean Barrow to arrange to pay the still-outstanding debt to the Belize Bank Limited for Universal Health Services, arranged by the prior administration of Said Musa with grant funds from Taiwan and Venezuela. There are several other outstanding arbitral awards: the former B.C.B. Holdings and Belize Social Development Limited in respect of action over the Settlement Deed and Accommodation Agreement and one for Newco Limited concerning a failed contract where then-P.M. Barrow said the Government resisted over concerns about tax liabilities. That matter was settled about a month after the legislature quashed the UHS bill.

And the-then Opposition Leader mostly agreed, though at the time he said he needed more information: “Emotionally, of course, we would rather not pay. But I don’t have all the information, and until I could get the information and study what happened, then I could make an informed decision. But I could assure you that a new P.U.P. Government would always, always, be on the side of the Belizean people.”