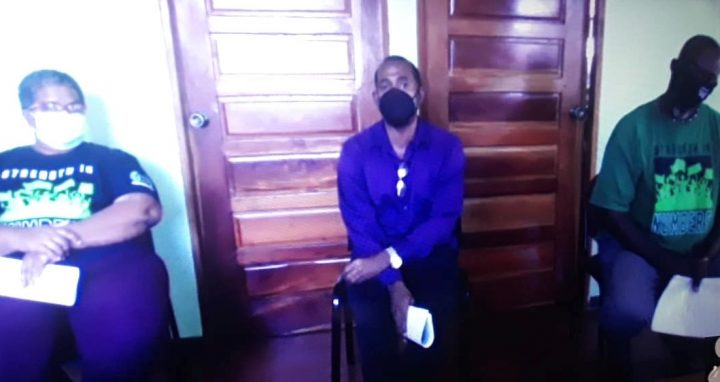 By Aaron Humes: Christian Workers’ Union (CWU) President Evan Mose Hyde explained that the neglect of the Belize City Council has “disrespected” the process of negotiating the Collective bargaining agreement.

The initial proposal made by the CWU proposed salary increases of 11 percent, more than 860 thousand dollars, and increases of 10 percent in allowances or 45 thousand dollars. But there is no way of knowing what the Council can agree to without the counter-proposal, Hyde says; the natural process takes place around the bargaining table.

Hyde told us he doesn’t see what more he and his executive could have done to reach out to the Council on th matter.

And according to the Union’s chief representative at City Hall Stephanie Gongora and sanitation unit representative Jeffrey Trapp, the standoff is starting to earn them deserved side-eyes from fellow workers asking when the CBA will be completed.

Hyde concludes that the Union and the workers revere the CBA process and the opportunity to get a win-win situation. Gongora added that each of the members will have input of the proposal from each of the 230 unionized members and they will have to be consulted on any changes.

The CBA was in place since the administration of Darrell Bradley in 2018 and expired this month under successor Bernard Wagner.