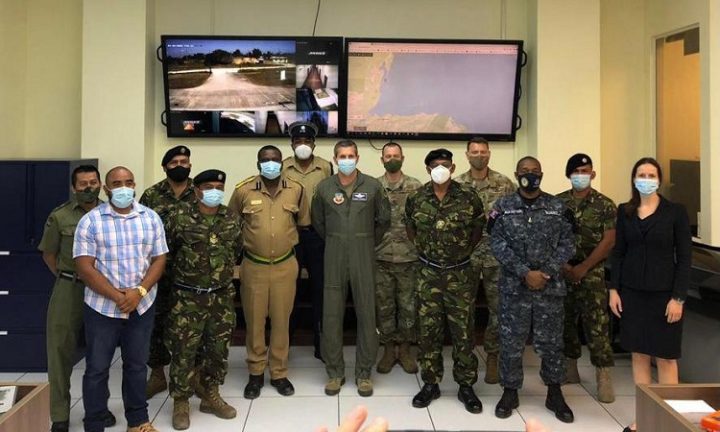 Major Cornish was in Belize from January 25-27.

Gen. Cornish is the highest-ranking U.S. military official to visit Belize since 2019.

General Cornish met with senior officials from Belize’s Ministry of National Defense and Border Security as well as representatives of the Belize Defense Forces to emphasize the strong and enduring security partnership between the United States and Belize.

General Cornish has facilitated the delivery of donated ambulances through the Denton Humanitarian Aid Program.

Chargé d’Affaires, a.i. Keith Gilges observed that the visit by the high-level commander of Air Forces Southern (AFSOUTH) underscored the importance of the U.S. relationship with Belize, “We live in challenging times, which currently include threats from natural disasters, unstable borders, drugs, and transnational crime, and of course COVID-19. Gen. Cornish’s visit demonstrates the priority that the United States places on our partnership with Belize since our militaries’ long-standing partnership continues to play a critical role in addressing these challenges together.”

AFSouth is the air force component to the U.S. Southern Command and it conducts security cooperation and provides air, space, and cyberspace capabilities throughout Latin America and the Caribbean.