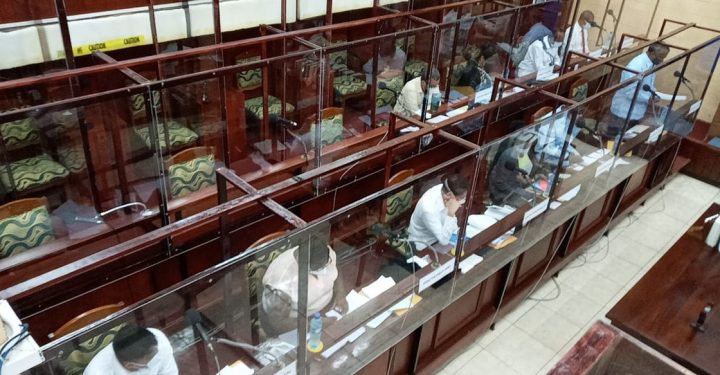 By Aaron Humes: Leader of Government Business Senator Eamon Courtenay opened the debate with context necessitating the Resolution Authorizing the Ratification by Belize of the United Nations Convention on the Recognition and Enforcement of Foreign Arbitral Awards motion, 2021.

Since the People’s United Party won Government in 1998, Belize debt stock rose from about $500 million to $1.5 billion when the United Democratic Party took over in 2008, and currently stands at $4.2 billion. He added that the debt to GDP ratio is presently hovering above 135 percent, more than double the standard of 60 to 70 percent.

Belize is currently involved in sensitive, delicate negotiations concerning the debt situation, and one of the conditions for completing the negotiations is the ratification of the Convention.

Courtenay, a Senior Counsel, made clear that the “New York Convention,” as it is also known, is and has been law since 1980, when the relevant ordinance was approved, the UK having signed on in 1956. The Caribbean Court of Justice ruled in support of the Convention in a case it heard in 2014.

As for the question of current arbitral awards against Belize as confirmed by Financial Secretary Joseph Waight, there are three: the BCB Holdings award which was ruled unenforceable in Belize by order of the CCJ but was recognized in the United States; the UHS award which is enforceable but which was turned down by Parliament in 2018; and an award to Belize Social Development Limited which according to Courtenay through Waight has never been attempted to be enforced.