ComPol to drug trafficking officers: ‘You have no excuse!’ 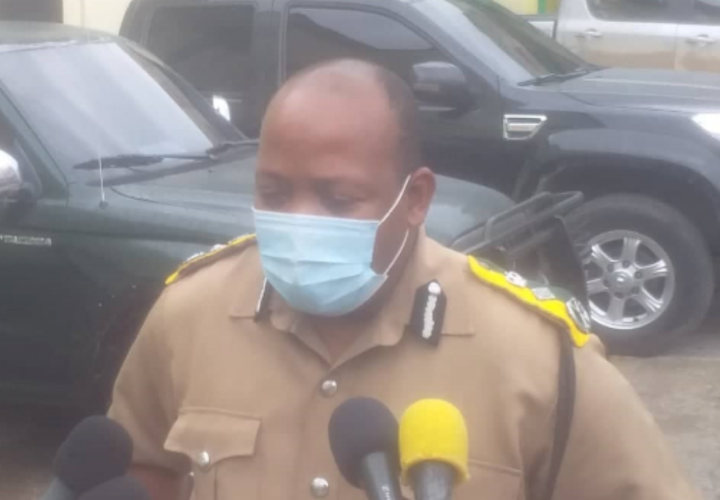 By BBN Staff: Commissioner of Police Chester Williams issued a stern warning today that anyone, either civilian or national security personnel, caught involved in drug trafficking will be prosecuted to the full extent of the law without leniency.

Willams’ warning comes after a massive drug bust this morning, where police found over 800 kilos of cocaine. During the bust, two police officers and one Belize Defense Force soldier were arrested and charged.

“We are not here to cover for anybody. You want to go and deal with drugs, you are caught, you will face the consequences of it no matter where you work and no matter who you are,” Williams said. “Hopefully the rest who are involved will get the message because if they don’t, they will just suffer the same fate as these ones and the ones before.”

Williams stressed that officers cannot say that low salaries played a motivating factor in the decision to participate in illegal activity, as it is a reliable and honest living. Williams also emphasized that police officers were among the fortunate class of workers in Belize, who suffered no loss of employment or loss of income during the economic downturn brought on by the COVID-19 pandemic.

“There should be no excuse for you to venture into this kind of activity because every 15th and ending you get a pay. There are people out there who are not getting a pay, there are some who have suffered a pay cut…so why should it be so that those persons who are still reaping the benefit of a full pay every payday and even more importantly are tasked with the responsibility to prevent these activities are going to be the ones who are facilitating it. It can’t be countenanced.”

Williams said that the department is applying for court orders to search the phones of the arrested officers, and whatever evidence is gathered will either be used against them in the criminal trial or the internal disciplinary proceedings at the department.