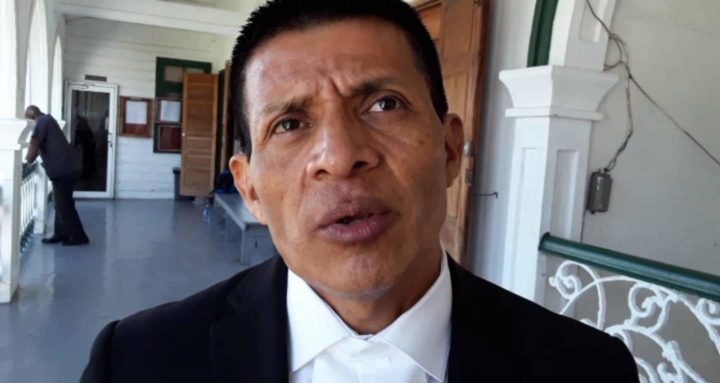 By BBN Staff: Founder of SATIIM, Greg Ch’oc has been appointed as Indigenous People’s Affairs Commissioner.

SATIIM issued a statement saying that it is confident that the new commissioner will ensure Belize’s position as a world leader in human rights.

“Gregory Ch’oc is not just any lawyer. He gained an international reputation for pioneering legal strategies that combined both national and indigenous law,” said Froyla Tz’alam, SATIIM’s Executive Director.

SATIIM explained that under Ch’oc’s leadership at SATIIM, the Maya of Toledo initiated a long legal battle that ultimately resulted in the Supreme Court’s recognition of Maya customary land tenure.

At first, the Maya needed to rely on legal advice from experts from outside Belize who lacked the necessary background in the customary laws of the Belize Maya. It was Ch’oc’s pioneering strategy to base arguments in Mayan culture and customary governance. He recognized the dire need for what is known as ‘intercultural’ legal expertise that integrates Maya customary law and Belize national policy.

Each move was always directly informed by meetings and consensus within SATIIM’s five founding villages.

In 2004, Ch’oc brought the Maya’s plight before the InterAmerican Court on Human Rights, which ruled in their favor. In 2007, he laid the foundation for the first domestic application of the UN Declaration on the Rights of Indigenous Peoples (UNDRIP).

In 2009, SATIIM was recognized by the World Bank’s Indigenous Adaptation to Climate Change Fund for its pioneering model of community forestry. In 2010, strategies he developed bore fruit in the first legal precedent of any indigenous people for using UNDRIP in domestic court and the historic 2015 consent order from the Caribbean Court of Justice that communal Maya lands receive official title.

These efforts would later result in the establishment of the Maya Lands Registry in 2017.

In 2012, Ch’oc placed as a Finalist for the prestigious Goldman Environmental Award. “Greg’s greatest skill is how he builds consensus and momentum – as well as national and international support— for the human rights of indigenous peoples in Belize,” said Tz’alam.

“When Maya villages in southern Belize woke up to the sound of dynamite blasts that ultimately ignited a fire that destroyed 400 acres of land, Ch’oc led good-faith negotiations on oil drilling on protected and communal land,” SATIIM explained.

Following Maya custom, Gregory traveled from village to village to find out the consensus on the next plan of action.

Their answer was clear: This set the stage for this visionary Maya leader to forge new legal ground confirming the necessity for receiving the free and prior informed consent (FPIC) of any external development on Maya land. “We know that Gregory’s tried-and-true method of including all voices will bring him great success at the Commission,” added Tz’alam.