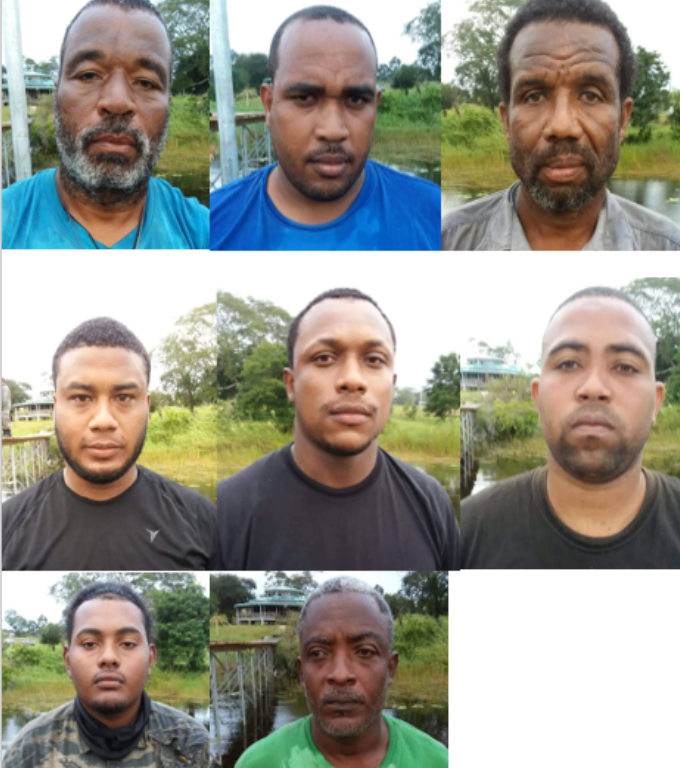 By BBN Staff: The Belize Police Department arrested two of its own and a Belize Defense Force soldier in a massive drug bust of more than 800 kilos of cocaine early this morning.

Commissioner of Police Chester Williams explained that the Joint Intelligence Operations Center (JIOC) got word of a suspected narco-plane leaving headed to Belize last night, and officers in the Hillbank area, Belize district, responded around 3:30 a.m.

The plane crash-landed and sometime after officers found a boat speeding off in the lagoon near Lemonal. That first boat got away but officers caught up to a second boat, with nine occupants.

Among the occupants were Tyrell Talbert (Special Patrol Unit), Byron Claire (Police constable K9 unit), and Steven Rowland (Lance Corporal BDF), as well as PC Claire’s father. Willaims said that two bales of cocaine were on the boat. The bales contained around 30 parcels each amounting to 70 kilos.

“That, for now, will be labeled as found property as even though we can see that the packing on the two bales found with the group of nine is the same as the packaging for the other 23, the fact that we did not find these individuals in the area where the 23 was found, it would be difficult for us to charge them with that amount of drugs,” Williams said.

Williams went on to say that the first boat is still possibly in the country, and a search team is out looking for it. He also noted that the law enforcement personnel were all carrying licensed firearms and that he will be revoking those licenses later. Apart from being criminally charged, the officers will also be internally disciplined by the department.