University of Belize Board of Trustees gets seven new members 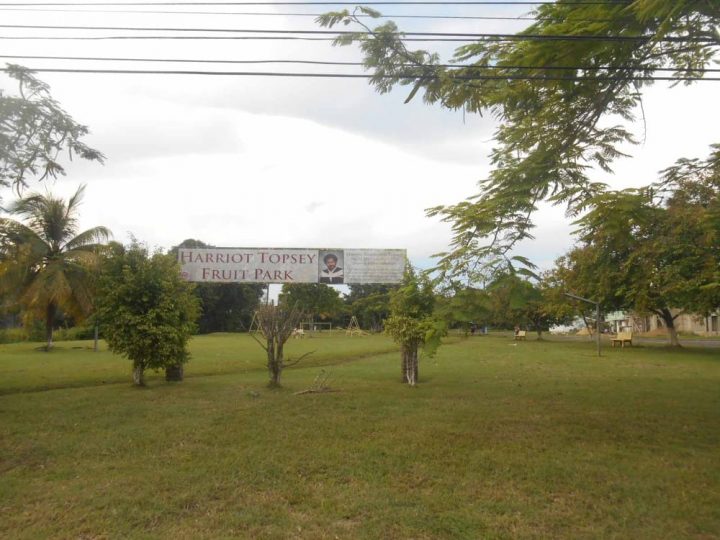 By Aaron Humes: This afternoon the Belmopan City Council sprang to action to deny a social media report concerning a beloved portion of the New Capital.

A social media report suggested that the Harriot Topsey Park on the corner of North Ring Road and Rio Hondo Avenue, across from the Hilltop Basketball Court, was being sold to commercial interests.

Documents were provided in the form of a receipt for payment for residential costs for building permits to the value of $175; an application to review the Council’s building unit concerning the 12,200 square foot property and attached maps and plans of the proposed structure.

The writer accuses the Council of, among other things, “sell(ing) our patrimony” and “absolutely corrupt and greedy,” tying the matter to the coming municipal elections.

The park’s namesake was a former Commissioner for Archaeology, and it contains specimens of various trees native to and growing in Belize.

The Council’s short statement maintains that “[no] part or portion of Topsey Park on the North Ring Road has been sold to any private interest. Two separate entrepreneurs have approached the Council about using the park for the purposes of food vending on a LEASE basis only.”

It adds, “The entirety of the park reserve is and will continue to be the property of the City of Belmopan only.”

However, at least one prominent Belmopan resident we spoke to says there should have been wider public consultation as no one knew anything for sure until the documents were leaked today on social media.

Whether sold or leased, residents deserved to know and be consulted about it, the resident said.

We were not able to reach outgoing Mayor Khalid Belisle or incumbent councilor and putative successor, councilor Jacklyn Burns, at Belmopan City Hall earlier this afternoon. Neither were we successful in reaching the persons named on the documents in question.