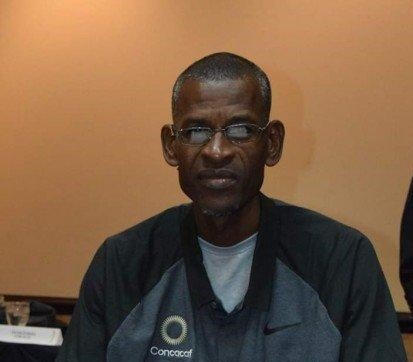 By Aaron Humes: Wayne Casimiro, former coach of the Under-15,-17 and -20 national female football teams, has moved up to senior level by the appointment of the Football Federation of Belize (FFB).

Casimiro’s bio provided by the Federation says he was born in Hopkins, Stann Creek District, and was a schoolboy footballer who graduated to amateur level in Dangriga. Beginning in 1992, he was sports District Coordinator for Stann Creek, a teacher and consultant for the planning and organizing of sporting events in the Stann Creek District.

Coach Casimiro earned his Concacaf “D” License in 2012 and extended his coaching to teams outside of school and used his experience and expertise in coaching the Hopkins Football Club from 2014-2018. He has since earned his C License and a certificate in football coaching at the University of Physical Education in Budapest, Hungary.

He led the under-15 females in a tournament in Miami; the under-17 females who qualified to the regional qualifiers for the under-17 female World Cup in Barbados; and the U-20 Female National Team that represented Belize in Guatemala for an UNCAF tournament. He has also been assistant coach of the national senior men’s side.

The Lady Jaguars have rarely played and never qualified for a regional or international football tournament, in contrast to the more successful male Jaguars.