Get in the game with Quality Poultry’s Superbowl score competition 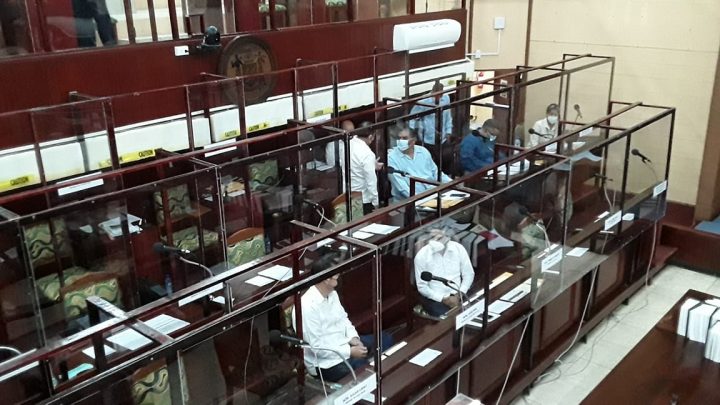 By Aaron Humes: A trio of bills introducing critical reform of Government finances were read and debated in the House of Representatives today.

The Central Bank of Belize Act will be amended to provide for emergency programs and facilities in unusual and exigent economic, financial or systemic circumstances; the Finance and Audit (Reform) Act provides to be amended for the establishment of a Contingencies Fund to be used for urgent and unforeseen expenditure for which no other provision exists; and the Public Contracts Commission Bill establishes that body to monitor the award and implementation of public contracts for the purpose of ensuring that such contracts are awarded impartially and on merit; and to investigate fraud, corruption, mismanagement, waste or abuse in the awards of public contracts.

Member for Albert Tracey Taegar-Panton charged that the Government would be “looking at itself” with the Commission and sidelining the Constitutionally appointed Contractor General, but member for Fort George and Minister of the Public Service Henry Charles Usher stated that the Commission would actually help relieve that office of its many duties and offer a chance to look at the murky history of contracts awarded in Belize, especially for public works.

The membership includes social partner Senators and a member of the Opposition, but Moses Barrow for Mesopotamia, says this is a step backward to “deregulation” of public contracts.

Earlier, Leader of the Opposition Patrick Faber and Prime Minister John Briceño sparred over the Central Bank and FARA amendments. In the case of the former, the Prime Minister had to assure that the Central Bank would not step out of its role as regulator to become a participant in the banking industry any more than normal, but expand its flexibility in emergency situations. And in the case of the Contingencies Fund, the P.M. slapped down the Opposition with reference to the recent drought, where farmers in the North waited in vain for Government assistance and lost their crops. A Contingencies Fund in place would have helped the Government act faster there.