Lack of accountability and transparency in the Briceño government 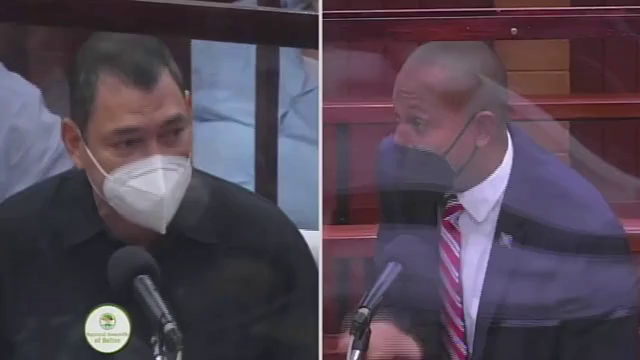 By Aaron Humes: To hear Minister of Infrastructure Development and Housing Julius Espat tell it, all of his problems with his Ministry stems from past actions – or lack thereof.

And so, he poured out his frustrations with fire and invective after an official question by Mesopotamia Area Rep Moses “Shyne” Barrow concerning the start of the current government’s housing program.

Espat outlined multiple reasons for not being able to jumpstart the program. Apart from corruption and national debt stymieing progress, Espat claims there is not enough land available in his own district and constituency, much less anywhere else: “It is because of ex-Ministers abusing their power to be able to acquire thousands of properties that were supposed to be given out to people. I wonder why I can’t build houses in Belama, when two Ministers over there have worked out a deal that one of their friends can get [26] acres in the most densely populated area of the City; that is one of the reasons why we haven’t been able to start looking at building houses in Belama.”

Espat summarized that Crown Lands have been less available for government housing programs, so focus has turned to planning. The Cayo South area rep says he has had to pull architects from the Infrastructure Development side to work on the housing plans.

“Two designs have already passed the design development phase; and they are now in the construction [development] phase and they are in the process of getting bills of quantities prepared, so that we can get a picture, a reality, numbers that we can present to Cabinet to see how we can move forward,” said Espat, adding that there have also been conversations with international financing institutions about funding housing programs as well as with the private sector on establishing partnerships and reducing rates to build and pay for houses.

Later, he referenced Shyne’s jail term in the United States, prompting Speaker of the House Valerie Woods to order his comment be struck from the record as he had “crossed the line,” the fact of the matter notwithstanding. He also refused to yield for objections from Barrow and Leader of the Opposition Patrick Faber, forcing the Speaker to twice get to her feet to halt debate.

“I find it embarrassing, not for me, but for the nation,” she said as she admonished members to stick to the practice of referring to each as “Honourable” despite past and present conduct, to which Espat replied, “I can use the word ‘member’ but I cannot use the word ‘honourable.’”