From Belize to American football’s biggest stage, the Superbowl!

“Begin to deliver on the 10,000 homes” requests Shyne Barrow as he hits back at the PUP government 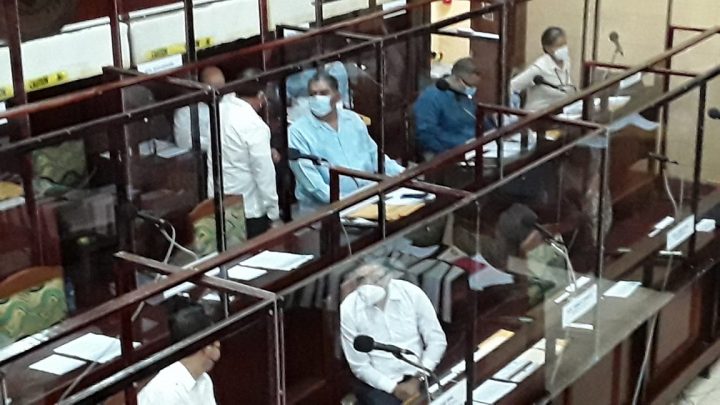 By Aaron Humes: While welcoming the resignation of former head of the Elections and Boundaries Commission (EBC), Estevan Perrera, which he said he was told of two weeks ago, Prime Minister John Briceno stuck to his guns to say that politically-made appointments must change with new administrations.

The new Commission, headed by Senior Counsel Oscar Sabido, has met and following the municipal election will turn its attention to re-districting of electoral divisions, now long overdue and the subject of a case before the courts.

But the Public Service Commission (PSC) refuses to yield. This body deals with issues for public servants including discipline and approval of pensions, gratuity and so on.

Prime Minister Briceño reported: “The Public Service Commission that we presently have, have been very clear that they have no intention of working with the Government, and just trying to make life very difficult. We have hundreds of public servants that can’t get their pensions, they can’t get monies that are owed to them because the Public Service Commission refuses to meet and they are not functioning. And that’s another matter that we will have to address sooner rather than later.”

It may be dealt with by written official policy or even law that it is understood that certain offices with political appointees must be cleared with every change of administration, according to Briceño: “That’s the right thing to do.” This would apply to every subsequent administration, he added.