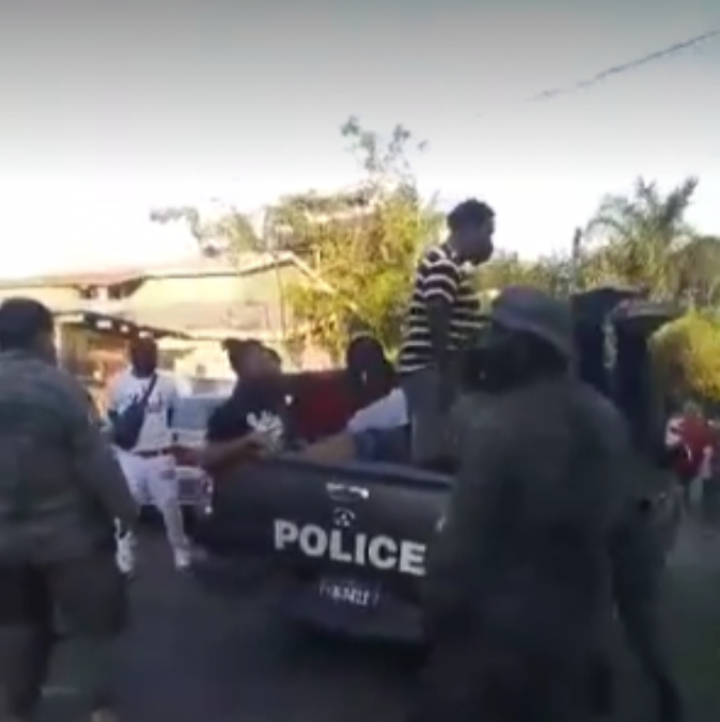 By BBN Staff: A group of Belizean artists is trying to fight a decision taken by police to charge them for shooting a music video over the weekend.

Cameraman Davin Humes told our newsroom that he, along with artists Anthony “J Money” Lopez, Ryan “6Frass” Smith, Producer/artist Echo Middleton, and several others were in an abandoned lot on Lavender Street Belize City on Saturday, February 6, when the officers arrived.

The artists maintain that they were adhering to social distancing protocols during the shoot, but that two of the artists had their masks off for the purposes of the video. They say that they were complying with the officers’ instructions; however, they still became aggressive at one point and slammed on of the artists into the back of a police mobile. The incident was recorded with a cellphone.

The group was charged with attending an illegal social gathering and six of them were ticked for $800, while two without masks were ticketed $1,000. They are all due in court on March 15.

“I am aware that there isn’t anything under the SI that governs us being out there to shoot. There is nothing that says we are able to go out and make a living despite COVID,” Humes said.

He stressed the situation sheds light on a larger problem with the current COVID-19 guidelines, not making adequate provision for the creative sector.

Humes also notes that the officers refused to provide their names and badge numbers so that they could male a formal report. He says that the group will be reaching out to senior police command and the Office of the Ombudsman about the arrest and the way the officers went about it.