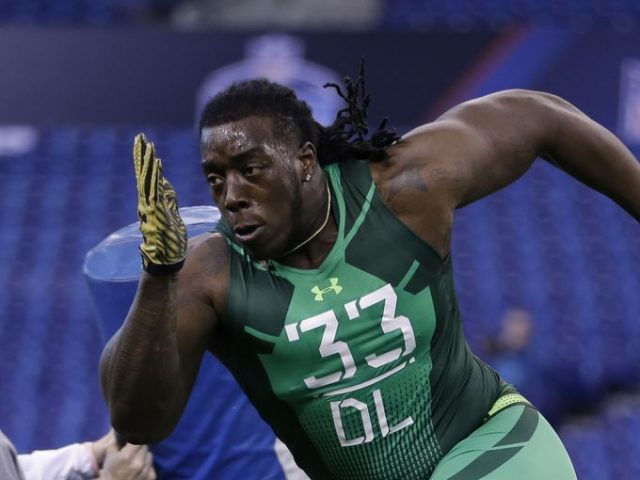 By Ruben Morales Iglesias:  “A hell of a ride it’s been for 27-year-old Rakeem Nathan Nunez-Roches.”

From Dangriga to Alabama when he was eight; from Kansas to Tampa Bay, where just last week as part of the Tampa Bay Buccaneers he topped the American football world winning the NFL’s Super Bowl LV along with the most storied Tom Brady.

Many who migrate forget their roots. Many travel to the United States or other countries and never look back. Many only come back when they are deported or when they fall into dire straits.

The other side of the picture is also true. There are quite many Belizeans who love Belize so much that they live as if they were in Belize, eating our food, playing our music, always checking up what’s happening back home and trekking back whenever there’s a break. Any reason is good to pay a visit.

So, where does Rakeem stand?

Though we’ve been hearing about him for a while now, with his arrival at the Super Bowl LV with the Tampa Bay Buccaneers, Rakeem became a household name in Belize over the last few weeks.

On the social networks, Facebook in particular, Belizeans still can’t stop sharing any and all news articles about him. But, as usual, there are detractors. Some say we just take in any “wannabe” Belizean. But, Rakeem is no wannabe. The Dangriga-born American football player has Belize deep in his veins. Rakeem as his last names, Nunez-Roches, prove, is as Belizean as punta, hudut and rice & beans.

In case someone doubts it, you’ve just got to check out his tattoos: the Belize National Flag and the word Dangriga on his arms.

“Man, I always believe that you can do, I got Belize right here, Dangriga, you all see it, Stann Creek ‘Stand up.’ I got the flag on me. I love Belize and means so much to be the first and the one and only, you know, drafted Belizean player. I understand how much, you know, this means to my coach and my community, but also how much it means to me. I hold my head with pride but I like the idea of my people home,” Rakeem said during his pre-Super Bowl LV press conference to reporter Jose Rodriguez who asked what it meant to represent Belize and the Garifuna community.

If you still doubt it, take a read of Wikipedia: “Rakeem Nathan Nuñez-Roches (born July 3, 1993) is a Belizean professional American football defensive tackle for the Tampa Bay Buccaneers of the National Football League (NFL).” Referencing The Amandala, Wikipedia adds: “He was the first Belizean born player to ever be drafted in the NFL. [7] ”

After his Central High School performances in Phenix City, Alabama, he moved on to the University of Southern Mississippi (2011-2014). The NFL was next. The Kansas City Chiefs gave him his first professional contract in 2015. Three years later he was signed by the Indianapolis Colts, before arriving at Tampa Bay in 2018.

So, in 2015 they got the first pick, Heisman Trophy winner quarterback Jameis Winston. On the lower side that year, Rakeem was picked 217th in Round 6 of the NFL draft.

By 2018, he was joining Winston at Tampa. And while Rakeem stayed on, the Heisman winner was dropped last year to make way for six-time NFL winner Tom Brady. And as luck (and hard work) would have it, the Tampa Bay Buccaneers and Rakeem turned things around and are now the proud NFL champions. An achievement that teams that were much better than the Buccaneers (all the NFL teams including his ex-team and Super Bowl rivals Kansas City Chiefs) in 2014 and the great majority of players picked ahead of Rakeem in 2015, can’t boast about.

Being the citizen of a country is like a marriage; for better or for worst, in good times and in bad times.

What matters, is that Rakeem was born here and that makes him a Belizean.