The Commission of Inquiry – A political witch hunt! 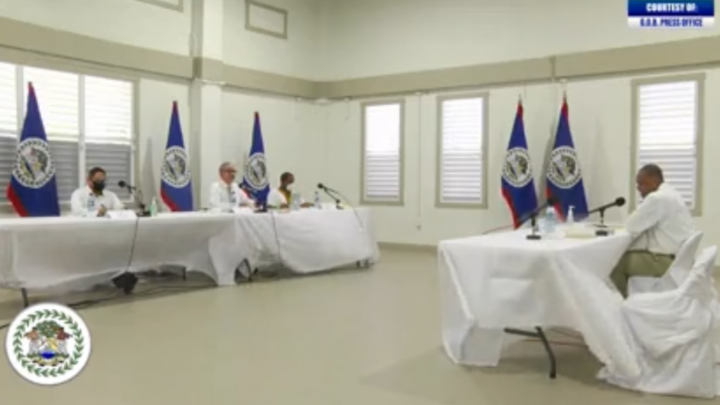 By Carlos Perdomo: Recently the Briceno government, with obvious speed, quickly appointed a three-persons Commission of Inquiry. The purpose: to check into allegations made by the Public Services Union, that the Vehicle Care Unit in the Ministry of Finance was selling used government assets…mainly used unserviceable vehicles…at lower prices than the true values.

The viewpoint expressed here is to show that the rushed appointment of that Commission …and the planned timing for commencement of its work (Feb 15th)…was set up principally as a slick campaign effort smack in the middle of municipal election campaigning (Municipal elections are set for March 3rd).

It was never about a sincere call of duty by the new government to speedily examine allegations of hanky- panky as claimed by a union. It was a plan born of a conspiracy to use legal means to publicly embarrass former Prime Minister Dean Barrow and personnel in the present Ministry of Finance.

A “political” witch hunt is best defined as a bold… but hidden… strategic campaign move to blacken the reputation and honesty of leaders and supporters of an opposing party, in this case, the main opposition party.

The political campaigning motive is hidden behind the rushed legal appointment of the Commission and the rush to investigate. But the devious mission of the government is to force persons called by the Commission to face public scrutiny and embarrassment for unsubstantiated allegations.

If the new Prime Minister wanted to deal with the allegations, he could have asked the Financial Secretary as the Vehicle Care Unit is a part of The Ministry of Finance and the new PM is the Minister of Finance. If he didn’t want to ask the Financial Secretary, he could have asked his Minister of State in the Ministry, Mr. Chris Coye. Both these gentlemen are very experience and capable. But No!

This is what a conspiracy looks like: ‘Cabinet…you know that the Pubic Service Union is alleging some underselling of government assets in my Ministry; but hear me out as I have a masterful plan to push a stake into the Opposition and to former PM Barrow, and at the same time “gabella” on all the municipal contests.

So, instead of getting his Ministry of Finance to look into this matter…Bricrno decides to quickly appoint a Commission of Inquiry. Then he allows the Commission to start work right at Monday 15th of February…just 15 days before the Municipals on March 3rd. Just imagine all that TV time, and all ‘dem’ people watching at home…and all the questions we will prompt the Commission Chairman to ask.

You cannot get a better campaign strategy than this… plus the PUP doesn’t have to pay TV time to any media. This is a free win-win…and wouldn’t you all just love to see Barrow embarrassed to hell?’. You could say this is make-up story. But would you not consider the possibility from the present PM…who just said he is forced to appoint his, and his Ministers family and in-laws, because Belizeans lack real talent?

And lastly, doesn’t this new Government have more important issues that are more worthy to investigate? Could not a Commission of Inquiry better serve investigating the systemic use of cops for hire by the drug lords, whenever a drug plane lands and unloads? It doesn’t matter which district the plane lands…any time the Police move in to find out who…its other cops. And the situation with the grocery bag, unemployment relief and food assistance programs contracting and in great danger of closing…isn’t this more crucial to look into?

Deputy PM Cordel Hyde mentioned that 64,000 Belizeans are out of work, plus 82,000 only have part time hours… people dih feel the LIK! The UDP similarly revealed that 18,000 persons lost access to the food pantry program when it was closed…affecting over 54,000 when you count family members. Aren’t these issues more crucial than Vehicle Care Unit, which could easily be looked into later? But this government is clearly most intent to deal in dirty political witch hunting!