To fight COVID-19, two masks are better than one, suggests U.S. CDC 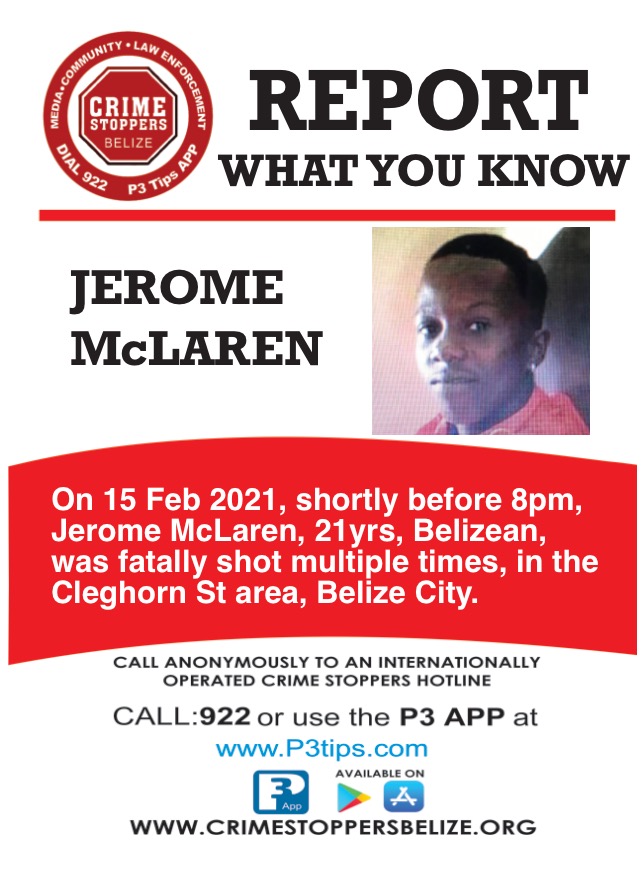 By BBN Staff: Police say they have detained several people in connection with the murder of Jerome McLaren,21,  but have thus far been able to determine why he was killed.

McLaren was shot on Cleghorn Street on Monday night, and police have been interviewing leads since the incident trying to determine why.

Assistant Superintendent of Police Alejandro Cowo of the Eastern Division Crimes Investigation Branch, said that police have not ruled out that the shooting might have been a case of mistaken identity, but other factors seem to be more prevalent.

“We have several leads that point to something that happened earlier, where his name was called out,” Cowo said, declining to go into further detail.

Cowo had stated previously that McLaren was known to police, but was not suspected of participating in any major criminal activity.