MUNICIPAL AND BY-ELECTION 2021: The North and San Pedro prepare for municipal elections 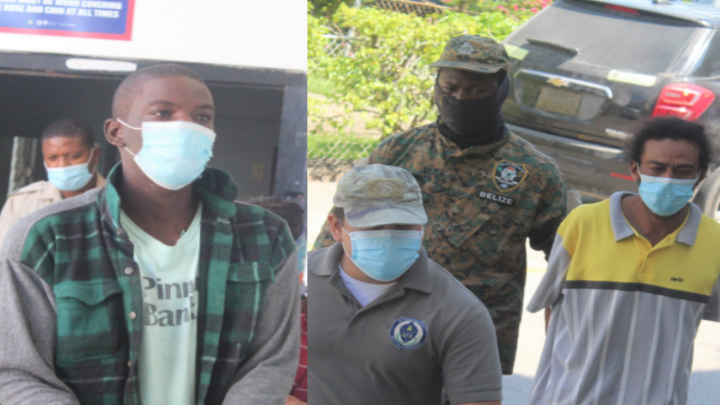 By BBN Staff: A group of fishermen from Dangriga were leaving the Belize City Magistrate’s Court this afternoon, having gotten bail on fisheries offences, when police detained them right on the court steps in connection with a robbery investigation.

Derek a Bernaldo Gorosica, 32; Raheem Vernon, 27; Oscar Francisco Gutierrez, 22; and Oscar Williams, 49, were arraigned in the Belize City Magistrates Court on six charges including possession of shark meat without a license, possession of bone fish, possession of gillnets, which were recently made prohibited, and fishing without a valid fisher’s license.

The men all pleaded not guilty and were granted bail in the sum of $2,500 each which they all met. They were set to come back to court on March 20, 2021 to answer to those charges.

However, police were waiting for them as they descended the court steps. The officers searched them, then took them back to Dangriga, over suspicion of their involvement in several robberies on the sea in southern Belize, where fishermen were robbed of boat engines, fuel, cellphones, and other items.