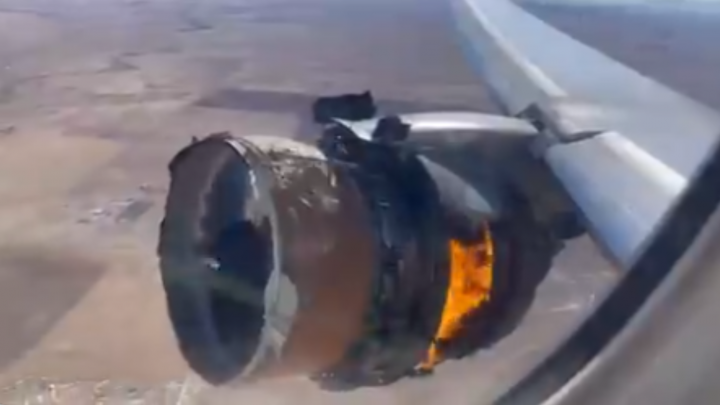 By BBN Staff: A United Airlines airplane had to make an emergency landing at a Denver Airport this weekend when one of its engines exploded shortly after takeoff.

The Federal Aviation Administration (FAA) said that United Airlines flight number 328, bound for Honolulu, Hawaii on Saturday, had 231 passengers and 10 flight crew members on board when it suffered a failure in its right-hand engine.

Passengers on the flight said that the pilot was giving an announcement when there was a loud explosion, and the plane began shaking violently.

No one on the flight was injured. The incident also caused large pieces of metal engine parts to land on homes in Broomfield CO, prompting local police to issue a warning to residents to refrain from touching the debris.

The BBC notes that there was a similar incident today over the Netherlands. Engine failure on a 30-year-old Boeing 747 freighter, caused debris fall on a town in the Netherlands. Debris from the plane including turbine blades landed on the town of Mersen, causing slight injuries to one adult and a child.

That aircraft had left Maastricht bound for New York and managed to land safely in Belgium.