U.S. sees opportunity as China steps back from aid to Latin America

COVID success or failure? – the PUP’s 100 day in office 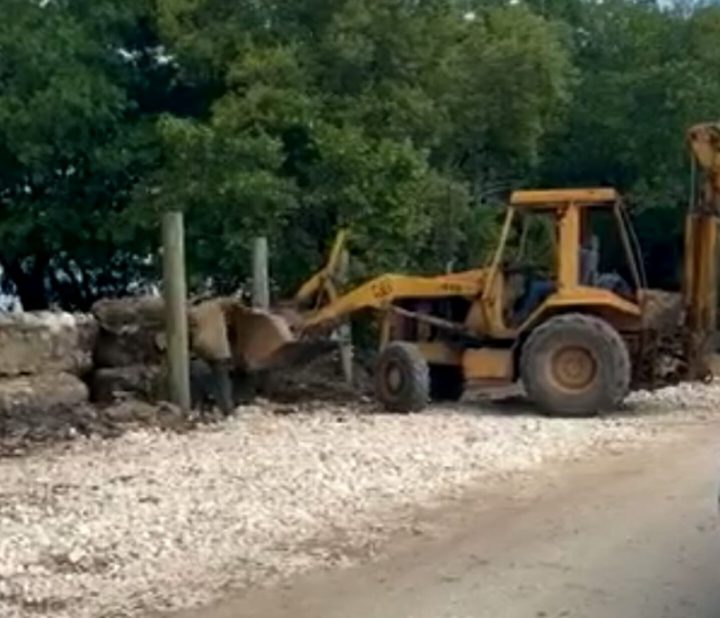 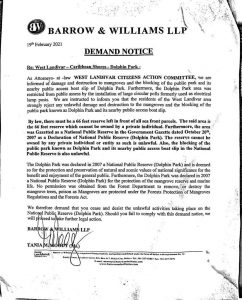 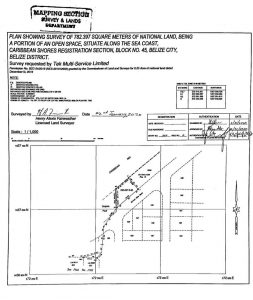 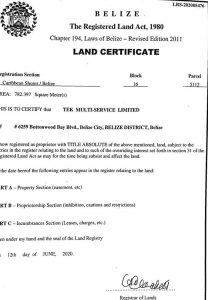 By Aaron Humes: “This has to be overturned, one way or another. And I am talking in the very least short term, this must be removed immediately! And so the private landowner that has this – and I am told it is a company, Tek Multiservice Limited – that company, Tek, needs to ‘tek’ this down, because this is an easement that has been enjoyed by the residents of the community for so many years.”

Caribbean Shores area representative Kareem Musa has reacted to a bold move by the company he mentioned to protect an investment it made last year – an investment Musa contends is “fraught with illegality.”

And shortly after our interview, the company sent out a backhoe and other tools to remove the obstructions it placed at the site last week Thursday.

Dolphin Drive, along the seashore in the West Landivar section of the division, is home to the famous Dolphin Park, and, since 2007, a protected reserve which stretches from Moho Caye offshore to the former West Landivar campus of the University of Belize Faculty of Management and Social Sciences (formerly the University College of Belize). For this reason, any sale of that land would have to have been de-reserved as ordered by the Minister, with notice of such de-reservation printed in the Government Gazette.

Musa told reporters that he found out about the purchase last week, after negotiating with the Belize City Council to purchase hardcore landfill to strengthen the open section of the easement which fishermen from around the Old Capital use to launch their boats to sea, as they have for decades. No sooner than the landfill had been laid out than representatives of the company erected wooden poles and boulders known as “pillows” which, according to Musa, they took “facily” from the nearby Dolphin Park fence and which are public property.

Documents we have seen indicate that Tek Multiservice, located at 6259 Buttonwood Bay Boulevard, was granted title absolute under the Registered Land Act for 782 square meters for the price of $2,000. The company was issued a land certificate and transfer of title on June 4, 2020 – five months before the general election.

However, according to Musa, “the residents of this community were caught offguard as much as I was: there was absolutely no notice, as I said, there was no publication in the Gazette; there was no consultation with the people of this area, with the residents of West Landivar, and so they went about it, again, in the darkness of the night…these are low-down, filthy scoundrels that were in Government on the tail end of their administration, issuing title over this reserve.”

Attorney Tania Moody of Barrow and Williams LLP, writing for the West Landivar Action Committee, has told the company that the parcel, No. 5112 in Block 16 of the Caribbean Shores Registration Section, is part of a National Public Reserve declared in October of 2007 and moreover is part of the legally-provided 66-foot reserve from the sea front in which no one can build, much less own. Additionally, she writes that no permission was obtained from the Forest Department to raze mangroves in the area, which are legally protected, and that residents object to blocking off the boat slip for uses other than intended.

One of those residents is James Shepherd, who fishes for pleasure and had intended to go out this morning, except to find access to the slip blocked. He has lived in the area for 22 years and says that not only residents but some from Southside come over to use it. One Castillo, a resident, built and contributed the boat slip to the community.

Musa further recalled that in 2007, efforts by tourism developer David Gegg to build a marina in the area were strongly opposed by residents, who came out in numbers to a community meeting on the proposal. He intends to search out the proprietors of Tek Multiservice in order to find out who is behind the deal, signed under the hand of then-Minister of Natural Resources, Hugo Patt.