Weather: Damp Tuesday ahead but showers will recede 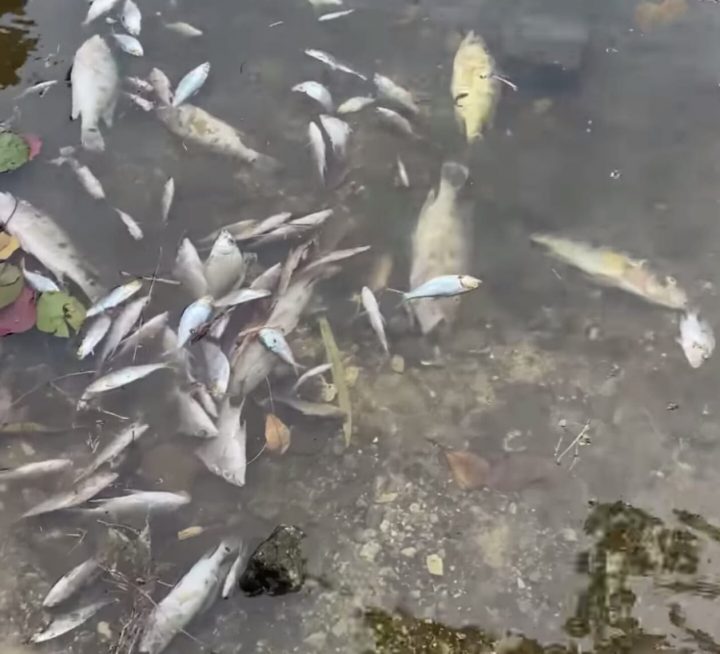 By BBN Staff: Over the weekend, hundreds of fish washed up dead along the Belize River in Orange Walk and the Department of the Environment (DOE) is trying to figure out why.

BBN spoke with several Orange Walk residents who explained that the incident began between late Friday and early Saturday. Residents are also concerned because fishermen in the area have reportedly begun collecting the dead fish in order to sell them.

Henry Sanchez, a Water Analyst for the DOE, explained that the department deployed a team on Sunday to investigate, but did not find any fish along the river at the time of their arrival.

He went on to say that the team took water samples from several points along the river to determine water quality and learned that the water temperature and dissolved oxygen content were all within normal ranges (26 degrees Celcius and 6 mg per liter, respectively) at most testing sites.

“Anything below 4.0 mg per liter will cause stress on the aquatic organisms,” Sanchez said. “So we continued to grab a sample by the next point at BSI (Belize Sugar Industries) and we noticed that the temperature was a bit high and the oxygen content was low.”

He noted that the temperature was around 34 degrees Celcius and the oxygen content was below 1 mg per liter. He also said that an investigation is also ongoing to determine if the water contained any chemicals that may have poisoned the fish.

Sanchez stressed that it is not recommended for the fishermen to be selling the fish gathered during the incident, as it is uncertain whether or not they are safe for consumption.

We will have more on this story following the conclusion of the DOE’s investigation.