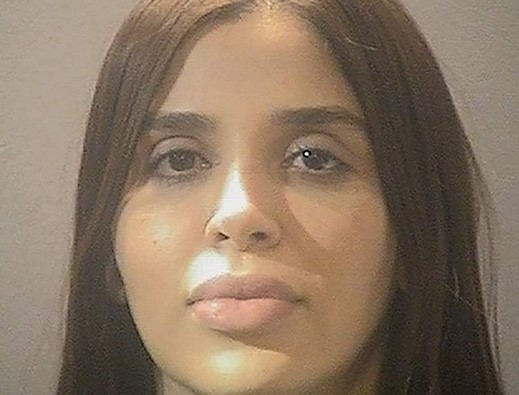 By Aaron Humes: Emma Coronel Aispuro, 31, wife of jailed Mexican drug lord Joaquín “El Chapo” Guzmán, has been arrested near Washington, D.C., on suspicion of participating in a conspiracy to distribute cocaine, methamphetamine, heroin and marijuana, according to the BBC.

Guzmán, 63, former head of the Sinaloa cartel, is himself serving a life sentence in New York for drug trafficking and money laundering; his organization, officials say, was the biggest supplier of drugs to the U.S.

On trial in 2019, Guzman was accused of drugging and raping girls as young as 13 and carrying out the cold-blooded murders of former cartel members and rivals.

Coronel Aispuro will appear in Washington federal court via video conference, according to the U.S. Justice Department; she is also accused of conspiring with others to help her husband escape from maximum-security Altiplano prison in Mexico in 2015.

Court documents said Coronel Aispuro was allegedly involved in planning another prison escape for her husband before he was extradited to the U.S. in January 2017. She has not commented on the charges.

The Mexican-American dual citizen, former beauty pageant winner and journalism student is mother to Guzman’s twins and said she first met “El Chapo” at a dance at the age of 17; he was 49.

She has been loyal, attending her husband’s trial and once wore a velvet jacket similar to Guzman’s to show solidarity; on another occasion she appeared to laugh during the tearful testimony of one of Guzman’s mistresses.

Coronel Aispuro insisted at the end of his trial to reporters: “I don’t know my husband as the person they are trying to show him as, but rather I admire him as the human being that I met, and the one that I married.”

Guzmán, who came from a poor family in Sinaloa state, north-west Mexico, grew his organized crime business to the point of becoming a billionaire and one of the world’s richest men.