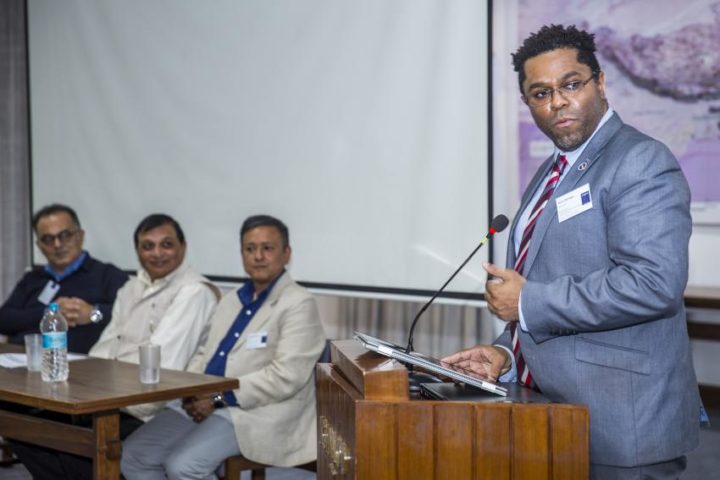 By BBN Staff: The National Aeronautics and Space Administration (NASA) has released a book that is highlighting 50 rising stars including Belizean scientist, Dr. Emil Cherrington.

In his current and earlier positions with SERVIR – a joint development initiative between NASA and the USAID – he has focused on helping to strengthen the application of Earth observation data in developing nations.

Dr. Cherrington is also an avid science communicator, and in 2019 was recognized by the NASA Marshall Space Flight Center for “taking NASA public”.

In 2020, Cherrington and his NASA-supported “Climate-influenced Nutrient Flows and Threats to the Biodiversity of the Belize Barrier Reef Reserve System” research was also featured by NASA.

Throughout the years, Dr. Cherrington has and continues to lead trainings that put Earth observations and lessons learned from NASA into the hands of local decision-makers in Central America to help them address local challenges and try to make life better for their communities.