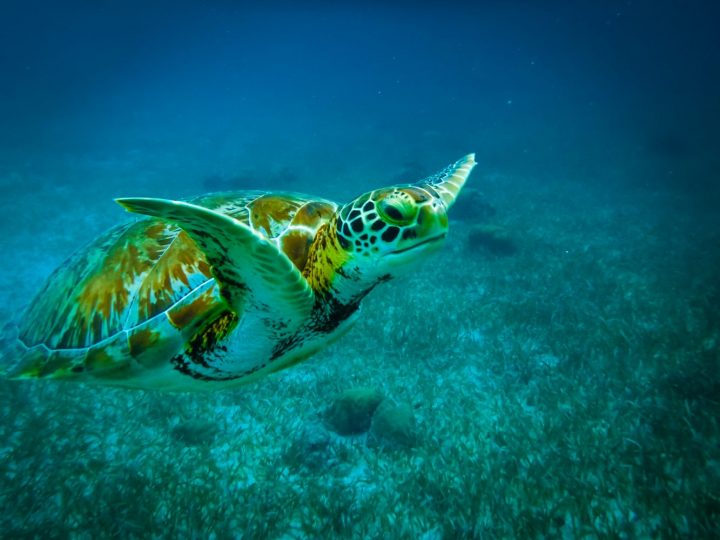 By Aaron Humes: Minister for the Blue Economy and Civil Aviation, Andre Perez, has announced that the country’s premier marine reserve, based in his constituency of Belize Rural South, faced “pillaging” and financial mismanagement as found in a preliminary audit by Moore Magana firm covering the period January 2017 to March 2020.

In a press conference, Perez announced that the Hol Chan Marine Reserve is strapped with debt to the tune of $559,000 to the banks, while only making an income of around $200,000. “It is evident that the current financial situation could have been avoided if adequate cash management controls and procedures were in place pre-COVID-19,” Perez said in quoting the report.

Also, there was a million-dollar increase in capital expenditure to $2.5 million which appeared not to have been fully approved by the management board of the Reserve and there is no paper trail to explain what the money was being spent on.

The Reserve management instituted no internal controls for budget and other controls, resulting in the writing-off of receivable balances, and the audit team could not verify $845,000 in assets purchased by the Reserve in the past three years, Perez said.

He also cited $40,050 in expenses over three years for rental expenses for the former executive director and management team not approved by the overall board, and alleged abuses of the staff loan system to the tune of $58,000 plus from the ex-executive director, among others.

While visitors believed the entrance fees they paid were going to support the reserve, discrepancies between the visitor logs and the actual amounts recorded in the ledgers indicate fraudulent activity to the tune of almost seven hundred thousand dollars in lost visitor fees. An accountant was terminated in relation to this activity, but there was never any legal action taken to attempt to recover this money.

In all, the Hol Chan Marine Reserve auditor’s report suggests a grand total of one million, seven hundred thousand dollars in documented losses, and an estimated four million in additional mismanaged funds.

Perez said, in summary, “My friends, fellow residents of San Pedro, Ambergris Caye and Caye Caulker, these findings are not the result of a witch hunt. There are the direct indication of years of financial abuse and mismanagement and managers and staff carefully selected and put there by the previous U.D.P. administration.  It is pillaging of one of our most sacred and beloved treasures here in San Pedro. My presentation here today is a sound of war against corruption and downright robbery. Hol Chan is the first example. There are many more to come.”

Perez says that as soon as the full audit is completed, he will report back to the Belizean public about what exactly was found, and what the legal advisors are recommending as possible redress.