Belizean national is among most wanted by U.S. Immigration and Customs Enforcement 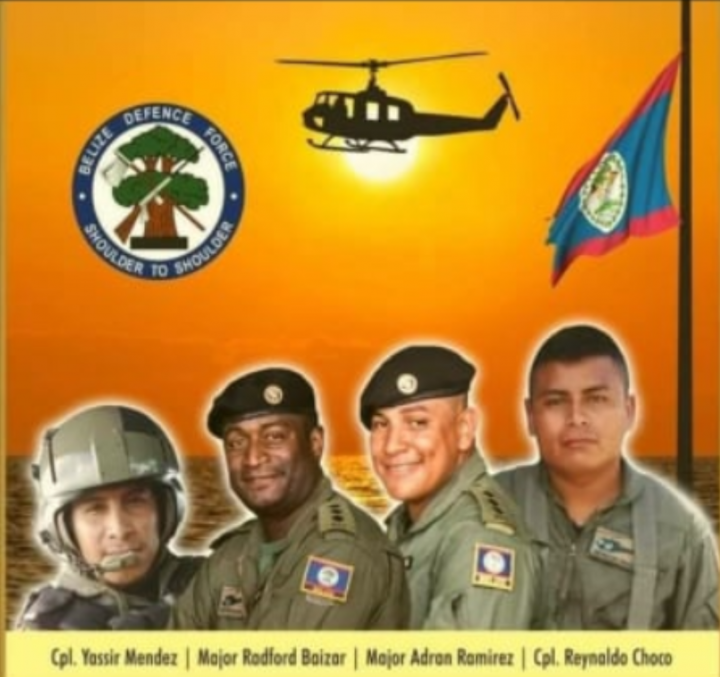 By Aaron Humes: This morning, through an intermediary, attorney Audrey Matura, who represents the families of the late Major Reynaldo Choco and Corporal Yassir Mendez, informed us that she has filed a claim against the Government for compensation of their families on February 26, a day before the anniversaries of their passing in a helicopter crash into a lagoon off the Coastal Road.

Matura said, “To date the two families I represent have not gotten a penny. I had to file the claim before the 12 months after the death,” referring to the legal time limit imposed for such claims.

Matura further stated that a month before filing the claim, she wrote the Government to give notice in case they wanted to settle; “They never responded so upon the expiration of the month I filed the claim.”

It is not known whether the families of Majors Adran Ramirez and Radford Baizar have decided to pursue a similar claim.

The four men went down in the Bell helicopter while on a mission shortly after the bust of kilos of cocaine in the area. A report by the Honduras Air Force ascribed the crash to pilot error on the part of Baizar due to spatial disorientation, but there still remain questions about what the men were doing in the area, who authorized the mission and so on.

According to Matura, the families held their own private memorials marking the sombre anniversary, but a planned memorial by the Belize Defence Force has not yet happened.