Hey Google, How Do I Make My Farm More Profitable? 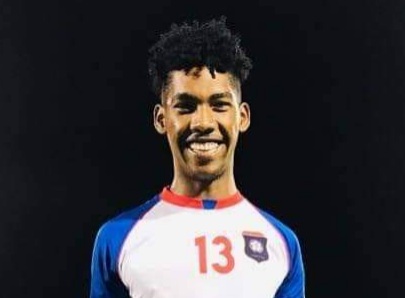 The Football Federation of Belize (FFB) said Tejeda left of his own accord.

‘Aspiring Jaguar makes personal choice to leave the bubble while some New members join the team’’ an FFB press release said. “The Football Federation of Belize takes this opportunity to thank Blake Tejeda for being with the National team this past week. We encourage Blake and all other football players to continue working hard and continue being committed to the process.”

But while some leave, others are joining.

The FFB said that “while today Blake said goodbye to the team, new players got tested and joined the Jaguars camp. We welcome Angelo Cappello who just arrived to the country on Saturday and also Jesse August.”

Cappello, 19, who is the nephew of the Jimenez brothers (Orlando “Leech”, Richard “Cheatie,” and Danny) lives in England and last signed a professional contract with Sheffield United. Capello is striker, wears number six and has already played for the Senior and U-20 National Football Teams. He is the second foreign-based player out of nine total joining the camp.

Striker Jesse August, who played with the San Pedro Pirates and is now with Altitude, was the star of Belize’s U-20 squad at the last Central American championship.

Deshawon Nembhard, who plays for USL team Charleston Battery in the United States, was the first international player to fly in. Nembhard, who plays as a defender, has been with the team since they first went into the bubble a week ago on Monday, February 22, 2021.

The other foreign-based players are expected to come in one by one. (See attached list.) 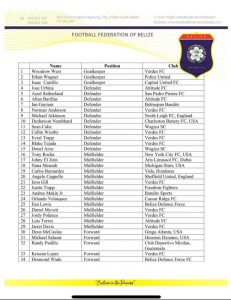 The national football team is preparing for the 2022 Qatar World Cup in a bubble at the FFB Headquarters in Belmopan. The players, coaching staff and the cleaning staff are living in isolation with little or no contact from the other FFB staff. They’ll have to live like that until the end of March when they travel to Haiti for a game against the Haitians on Thursday, March 25, 2021, and the second match at the Dominican  Republic on Tuesday, March 30, 2021, in Santo Domingo.