Only one of three Belize Mega Bingo winners has claimed his $225,000 winnings 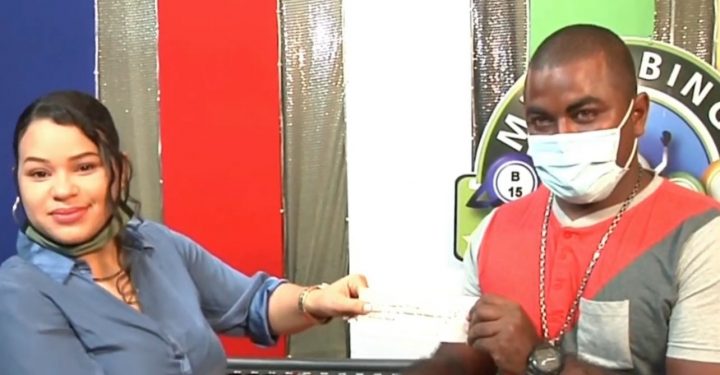 Ruben Morales: Everyone dreams of one day making a big rake, even those who never play any kind of lottery. But, as they say, to win, you’ve got to play. After all, that’s the way business operates. To win, you have to invest. It’s certainly not bad business to spend $2.00 dollars and win $225,000.

That’s what Mr. Harrison [He didn’t want Belize Mega Bingo to give out his full name] was hoping when he bought a Belize Mega Bingo ticket at the Havana Pharmacy in Dangriga, the drugstore by the gas station next to the terminal near the Drums of Our Fathers Monument. Little did he know he was going to win the Jackpot on his birthday, Wednesday, February 24, 2021, but little did he also know that he would have to share the grand prize of $675,853.00 with two others. Hence, his smaller share of $225,284.33 before taxes.

“I purchased my ticket at the Havana Pharmacy in Dangriga, minutes away from my birthday festivities that was planned for me,” Harrison said in the required Belize Mega Bingo promotional interview. “So, after I buy the ticket I gan home, the game played, they were singing Happy Birthday for me and I didn’t check my ticket until Friday and then I realized I was one of the winners.”

After the weekend, Harrison made his way to Belize City on Monday, March 1, 2021, and claimed his winnings, minus 15% taxes, ($191,491.69) at the Belize Mega Bingo offices on Youth For The Future Drive. That might not be what he was hoping for, but, it’s not a paltry amount.

“When they said three, I mi kinda get upset because I mi wahn everything,” Harrison said, “but winning is winning and this is way too much money for the average person. So, I have to think about what the next steps are.”

And while he decides what to do with his newfound wealth, the other two winners are still to say present and collect similar prizes. Let’s see if they show up before the next Belize Mega Bingo on Saturday, March 6, 2021, since Wednesday there’s no draw due to the Municipal Elections day curfew which starts at 8:00 p.m.