No matter what, Belmopan will have a woman as mayor 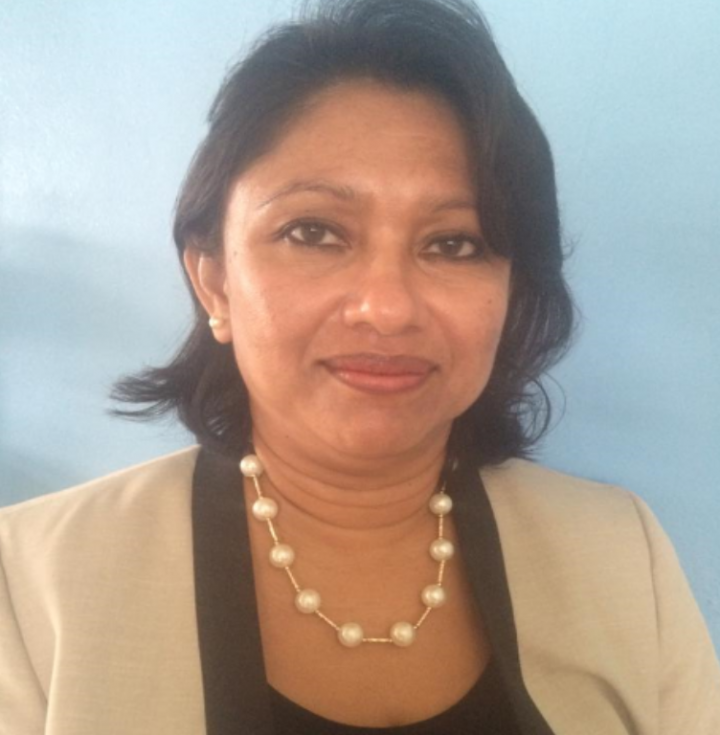 By BBN Staff: The issue of the removal of Doctor Marvin Manzanero, Director of Health Services (DHS), has been in the news headlines and public eye for a while now.

On social networks, in particular, there has been a whole lot of support for Doctor Manzanero to the point that people have hurled all kinds of shots at Dr. Melissa Diaz-Musa, who was placed in DHS position when the PUP took over the reins of government at the end of 2020. The fact that he was replaced when he fell ill with COVID-19, garnered more public support for him.

To many, Doctor Manzanero is a hero. And judging by the social networks support, that seems to be the majority.

To some, he is not. And that’s where Audrey Matura, who is no stranger to controversy, comes in. You may like her or not, but Audrey has a lot of guts. She does not mince words. And while you may or may not agree with her, in her first Facebook broadcast on Monday, March 1, 2021, after a long layoff, she came back pumping.

She touched on several topics, and while this article deals specifically with the Dr. Manzanero issue, let’s say, as a preamble, that she started off by firing shots at PUP followers who support and defend their party no matter what. She says she wanted a change in Government to knock out the sails of the embedded corruption in the UDP, not realizing that some people are so rabid that they will not hold their party accountable.

On the topic of Doctor Manzanero, Matura said she never saw him as a hero, that he is not a team leader, but she doesn’t support the way the PUP Government went about removing him. On the other hand, she praised Dr. Diaz-Musa for her professionalism.

“The truth is Belizeans always want a hero, but, but if you want to be fair, just, and honest, look at the difference in conduct,” Matura said in her broadcast. “As yourself, what was Dr. Manza doing? Why the figures couldn’t go down and how could Dr. Diaz bring it down in such a short time?”

Matura said she is not blinded by politics, she can put colors aside and put things into perspective.

“While some of you praise Doctor Manza as a hero, I never saw him as a hero. Why? ‘Cause he was very selfish and self-centered,” Matura said. “He grabbed up all the attention on television and he was out there talking and seemed calm and so, but he was really, all I saw was a narcissistic person … because if he was doing the work, he was supposed to be doing, the figures would have been going down. I knew behind the scenes because I had to advise some doctors and nurses, that he was very much a tyrant against many doctors and nurses.”

She said Dr. Manzanero was not a team player.

“If you want to be honest you remember there were four press releases that came out against him,” she said. “Two from the Nurses Association, two from the doctors’ association, the Medical and Dental Association. What was the gist of those four press releases? One, they kept complaining that he was not a team player, that it was his way or no way. Two, he kept such control over the PPE and stuff, that doctors and nurses were being exposed. Three, he refused to take advice from other medical people about possible treatment methods and so. And four, he refused to allow wider private testing. And, because he was the DHS and he, by law, had so much authority, he abused the authority.”

Matura said that Doctor Manzanero would not approve the use of Ivermectin.

Ivermectin, according to Wikipedia, “is a medication used to treat many types of parasite infestations. In humans, this includes head lice and scabies, river blindness,” while “in veterinary medicine, it is used to prevent and treat heartworm and acariasis.” Last year, studies in some countries claimed that it is effective against COVID -19 and is now being used in many countries.

“But, what many of you would not know, behind the scenes, there was a medication Ivermectin,” Matura said. “He refused to approve that medication. He totally refused to approve it. When he got sick, then he found it convenient that they should have approved it and wanted it to be used on him, right? But what happened? When he could have done greater for everybody, he did not do it. He was selfish. Numbers didn’t go down with him.”

“What did the PUP do as they came into power?” she asked. “They approved it. I did my own reading on it. There are split views, but there are people who swear by it and people who were treated with it.”

“I don’t care what’s her political affiliation, I will give her, credit where credit is due,” Matura said. “One, you didn’t see her on TV and, two, the doctors, that I spoke to behind the scenes, said that finally someone who listens to everybody else’s views. She didn’t go there as a dictator. Three, she realized that for us to bring the cases down, mass testing had to be allowed. She realized that the way we calculate or made the data available had to change. But, more importantly, she realized that she didn’t have all the answers. And so, whether we want to admit it or not, under her leadership, things did change. But she was a team player.”

“That’s on the professional side,” Matura said. “As an attorney, I will tell you, that the way they dealt with doctor Manzanero, legally they should have done it a better way, right? But that is their fault.”

Matura said she will always have respect for Dr. Diaz-Musa because of her professionalism.

“Strictly speaking now, as a professional doctor, doctor to doctor, hands down, to me, Doctor Melissa Diaz did a better job,” Matura said. “But, you know, why I will always respect her? I don’t know her personally and she and I may never meet and may never agree on many things, but one thing, I will respect her. Doctor Melissa Diaz knew that this situation was larger than her. Dr. Manza has not gotten that into his head. You know why she knew the situation was larger than her because when all this conflict began and the focus stopped being on how to stop Coronavirus and it became focus on Dr. Manza’s ego and the story about how he is displaced, you know what she did? She stepped aside. She went back to her post. She never went on TV and did any discrediting. Nothing like that. Dr. Manza, his conduct showed who he really was. Dr. Melissa, her conduct showed the quality she is. Big difference.”

Matura said she has much more respect for Dr. Diaz-Musa because she knew when to step aside. “She knew that she could not allow this situation to become a fight between her or Dr. Manza holding a post, she stepped aside. And she said, ‘You know what? This problem is bigger than me, let me move out of the equation and let me move especially because I am politically connected.’ Now, that’s a true leader.”

“Dr. Manzanero, if he wants to be honest, knows that he is not a team player. Under his leadership, what did he do? He spent a lot of time on television and I wondered, when did he get to go do work?” Matura said. “You know many doctors I had to counsel behind the scenes … He passed a special rule that says that you cannot be both a doctor in private practice and in public practice. That wasn’t for the greater good.”

Matura said Dr. Diaz-Musa stepped aside but knew that she had put a system in place where people are collaborating.

“I got feedback from doctors that say, you know what, Doctor Melissa is a thinker, she heard our suggestions, she heard our advice. She listened to us. We never felt she was dictating, but she really wanted to see what we can lend from our different areas, which was contrary to what I heard from the many doctors who are afraid that they would have lost their job because when they confronted Doctor Manzanero, he was like ‘It’s my way or the highway.’”