105-Year-Old woman, daughter of a Belizean, survives COVID-19 in USA 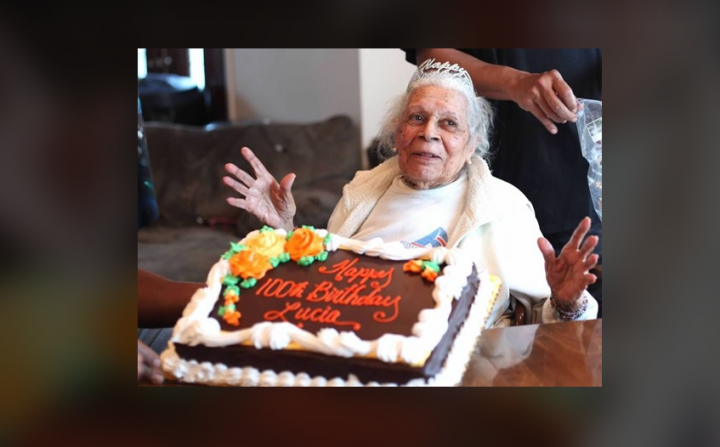 According to an article published March 3, 2021, by Wendy Osher of Maui Now, Lucia DeClerck found out she had the coronavirus on her birthday, Jan. 25, 2021. Her granddaughter Shawn Laws O’Neil said DeClerck “sailed through a two-week quarantine like a champ with barely any symptoms.”

Osher said family members told her that DeClerck’s mother was Flora Vargas Pereira who relocated from Belize to Kauaʻi, Hawaii when her family moved there in 1911. Her mom married a Spanish migrant. DeClerck was born in Maui on January 25, 1916.

The family told Osher that “Strong island roots and healthy lifestyle… paid off 100 fold,” for DeClerck who has lived through two pandemics, two World Wars, the U.S. Civil Rights Movement, three husbands, heart failure, a lung infection. She survived the Spanish Flu at the beginning of her life when she was two years old and now COVID-19 at 105.

Though DeClerck was born in Hawaii, she moved to the continental United States where she married and had three sons. She and her husband reportedly had a local corner store for forty years in Los Angeles.

The family said she went back to Hawaii in 1963 where she lived for 31 years before returning to the continental United States in 1994 where she settled in New Jersey “to live closer to her eldest son and his family.”

“A devout Catholic, she attributed her survival from COVID-19 to lots of prayers, a strong family lineage,” as well as “many years of a healthy lifestyle from an early age living in Hawai’i,” Laws O’Neil told Maui Now’s Osher.

Family members said DeClerck “has been known to drink a “homemade aloe juice concoction” and remained an active senior, walking daily until she was 101 years old.”

The family said they have had to postpone celebrating her birthday until the pandemic is over. For now, she has already received both shots of the COVID-19 vaccine the family said.