Public servants’ salaries could be cut by 15 percent, increments frozen for three years 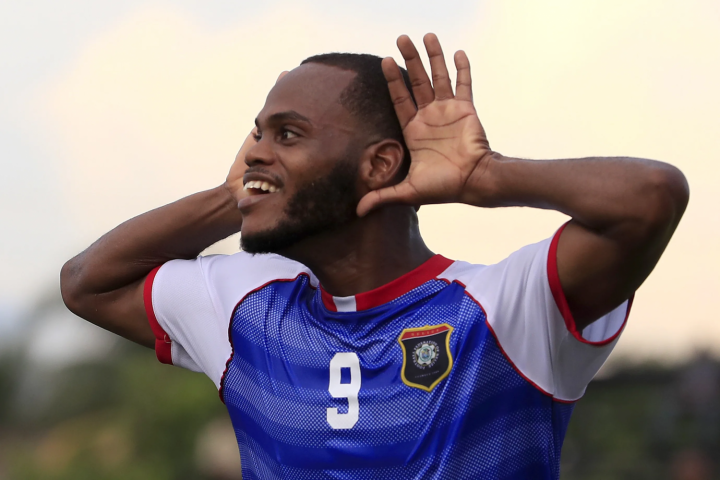 By Ruben Morales Iglesias: Belizean striker Deon McCaulay has been the talisman of the Belize National Men’s Football Team (BNMFT), popularly known as the Belize Jaguars, over more than a decade, but he might just not be coming home to join the national squad which is playing its first two matches in 2022 Qatar World Cup Qualifiers Games this month.

Belize will visit Haiti at Port au Prince on Thursday, March 25, 2021, and then face the Turks and Caicos Islands at Santo Domingo, Dominican Republic, on Tuesday, March 30, 2021.

McCaulay, who plays for the Ganga Atlanta Club in the UPSL in Atlanta, Georgia, is applying for renewal of his US Green Card and cannot travel unless he gets approval from the US authorities.

“As many may not yet know, I’m not an American citizen, so there is a process that every immigrant has to go through in order to live and work in America so because of COVID my paperwork is being processed very slowly,” McCaulay said in an exclusive BBN interview on Facebook Messenger.

“I was hopeful that my paperwork would be out before the end of February so I can travel but, unfortunately, it’s not looking too good. So National team duties might be on pause for me until June, which I’m very sad about because I was so excited to join the team.”

Since his international debut in 2007, McCaulay has scored 26 goals in 53 appearances for Belize. So far, he has participated in three World Cup qualifying tournaments for the 2010, 2014, and 2018 World Cups. He is Belize’s all-time top goalscorer having converted 17 goals in those three campaigns.

McCaulay can boast that for the 2014 FIFA World Cup qualifiers he was the worldwide top goalscorer in a three-way tie with Uruguay’s Luis Suárez and the Netherlands’ Robin van Persie. They all scored 11 goals during that campaign. According to Wikipedia, McCaulay also scored the first goal and first hat-trick (in the 5-2 win over Montserrat in June 2011) of the 2014 FIFFA World Cup qualifiers.

McCaulay said he hopes that if he can’t make it to this month’s games, that he will be able to join the BNMFT for the June matches against Nicaragua and St Lucia.

Belize is in Group E of the CONCACAF qualifiers to the 2022 Qatar FIFA World Cup along with Haiti, Nicaragua, Saint Lucia, and the Turks and Caicos Islands.