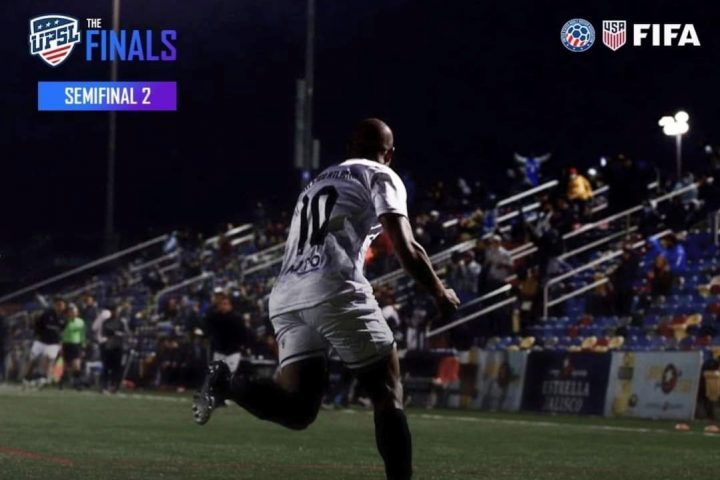 By Ruben Morales Iglesias, Belize City: Deon McCaulay will be playing in the UPSL National Finals on Sunday when his squad Ginga Atlanta faces Olympians in Atlanta, Georgia in the United States.

Today, both Ginga and Olympians won their semifinal matches 3-2 over there opponents.

Brockton drew first blood but Ginga responded with three straight to bag the semifinal win. Welder Barros scored a brace in the 39th and 56th minutes and Jeffrey Otoo nailed another in the 70th to give Ginga the win over Brockton who countered with two Antonio Correia goals in the 12th (pk) and 73rd minutes.

Earlier in the day, Olympians also qualified to the finals defeating Capital City 3-2 as well.

Ginga Atlanta meet Olympians in the UPSL National Final at the Silverbacks Stadium in Atlanta, Georgia at 11 a.m. on Sunday, March 7, followed by the National Third-Place Game between Brockton United and Capital City at 2 p.m., all times Belize