Less than 1% of world population have received COVID-19 vaccine

Women’s Month Feature: Mayor Sheran Sharon Palacio wants the people of Belmopan to work with the spirit of unity 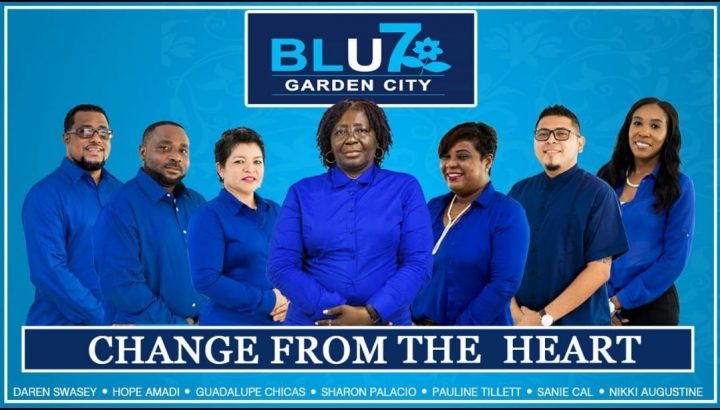 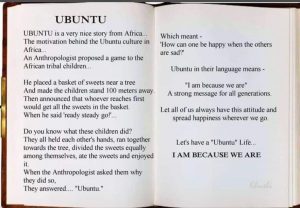 By Ruben Morales Iglesias, Belize City: Psychologist, UB Director of Women Affairs, activist, and now mayor of Belmopan. Sheran Palacio, Sharon to many, is a woman who will just not stay put. She’s the embodiment of what a woman can do. During this Woman’s Month, what a victory it was for her on Wednesday, March 3, 2021. And, she’s not the only one. Twenty-four other women, including the new Corozal Bay member of the House of Representatives Elvia Vega Samos, were elected to office on Wednesday elections countrywide.

Certainly, an auspicious moment for women, considering that while the People’s United Party got their 23 women in the seven municipal slates countrywide elected, the UDP, while not triumphant, also had 23 women in their tickets. A total of 47 women vying in elections throughout the country in one day. Unheard of. At least before this month, this month in which the world celebrates women on International Women’s Day on March 8.

“I believe there’s a time for everything and women normally participated as campaigners and as these area captains, but it’s the time, the timing is right.” Mayor Palacio said referring to the importance of women in politics in Belize. “More women will understand that participation in politics is very important because there’s where you get a chance to decide how the country is going to operate and you get the chance to be a part of decision making. I think that it’s an awarenesses. I call it a movement. So, with time, we’ll have more women involved and I am very happy that on the slate that I represent, we women are the majority and that gives me great joy that other women in Belmopan will be able to see. It will be it will be continued. There’s no turning back.”

And does she believe that one day soon Belize will have a woman Prime Minister?

“Oh, definitely. Definitely,” she responded.  “And it will happen out of Belmopan because my participation will ensure that, in that they come from the University of I was a Director of Student Affairs there, for all my years 18 year. II have all these young people and as I speak, they are writing, they are calling, they are standing outside. They are powerful students coming out of the University of Belize and many of them are women.  So, my mission will be to continue working with them. From a political standpoint, we will have more women involved and a woman Prime Minister will emerge from Belmopan”

As she takes hold of the day-to-day administration of the capital city, Palacio is no stranger to being proactive. And it’s that, that the citizens of the capital expect of her; to lead the Garden City to a brighter and better economically grounded city. A city where the infrastructure is improved and businesses will prosper, a city that will provide more jobs for its people.

“People need jobs,” Palacio said. “People need to be able to support their families first and foremost. On the campaign trail we met a lot of people who are not working and that’s something we need to look at immediately. And we have a plan for that. I need to say thanks to the world where I came from, the University of Belize where I was exposed to international education. I’ve been named the Champion of the Americas that will allow me to send migrant workers from Belize to Canada. Precisely this morning I had a meeting on that and we’ll be able to send hundreds of persons the idea is to use the first world to empower the third world. And it’s going to happen fast.”

Mayor Palacio said another emergency issue in the nation’s capital is land: “Land is an issue because right now on land is in the hands of a lot of people who maybe don’t even need land. The average persons in Belmopan, our young people they cried out to me on the campaign trail. And I recall when I was in City Council 03-06, land was not an issue. We awarded lands. I’m awaiting the audit that I’ve asked for and if it’s not there then we are going to do it and we need to see all the lands that are available. There’s a 50-acres that we’re looking at. We’re heavy into it and we will be putting a low-income housing project and we will award it to deserving residents of Belmopan.”

The оnlу gіrl аmоng ten brothers, she was born in Corozal Town, grew up in Punta Gorda, and at 13 moved to Belmopan where she attended Belmopan Comprehensive School. Having traveled all over the world, she is now the mother of 3 adult children and grandmother of eight: 4 boys and 4 girls.

She’s worked as Consultant Psychologist for United Nations High Commission for Refugees, was Counselor Family Services in the Department of Human Development, Personnel Manager for Citrus Products of Belize, Belmopan City Councilor, campaign manager for the Peoples United Party, Diabetes Ambassador, and Director Student Services at the University of Belize, among other enterprises.

The Belmopan Mayor says her fight against diabetes is very important to her.

“I’ve waged war against diabetes by having a diabetes run of 26 miles and it has been up and running for the past six years. This will be the 7th year,” Palacio said. “It’s from Belmopan to Palacio’s Retreat (on the Hummingbird Highway). It’s a marathon, it’s 26 miles and we do it in the form of a relathon whereby we get groups to run a mile and of course some people run the entire 26 miles because diabetes is an issue. We have young high school students and those are our target group participating in this diabetes run. We believe that, you know, having them on board we will be able to finally eliminate diabetes ’cause people can live without diabetes.”

“Definitely.” Mayor Palacio said. “Africanism is not only … Africanism encompasses the world but, of course, I wouldn’t be using Africanism in Belize because that would take some time to be understood. But the same concept about all-inclusive, a movement, people movement. Those are the exact terms that I’ll be using whereby everybody will be involved. The one thing I stand for is unity in diversity whereby we all become world citizens, everybody. As you heard in our manifesto ‘Everybody fu win.’ I take that seriously and under my leadership as the mayor of Belmopan, everybody will win. Rest assured.”

Mayor Palacio said that Belmopan can move forward if they all move together in Unity and made reference to an African story her mom used to tell her, the story of Ubuntu.

“My mother was the first person who taught that we need to show love, we need to shoulder our loved ones, and that’s the story of Ubuntu,” Mayor Palacio said. “The thing is ‘I am because we are.’ That’s the main word from it. We don’t compete. There was this little race. The anthropologist told the students, the children, that he wanted them to run a race. So, the normal race is ‘Ready, steady, set, go.’ and everybody just depart, you know? But the children they held hands and they moved towards the target as a group, as a team. The anthropologist was shocked and asked the children why they did that and they said it’s all about unity. It’s ‘I am because we are’ and that’s the Ubuntu spirit and at that’s the spirit that each household needs to use. When you learn that from the way my mother taught us, then you take it everywhere, everywhere you go.”