Belize Met Service: Expect more rain in the center and south of Belize

Diabetes, women in politics and unity – One on one with the Mayor of Belmopan Sheran Sharon Palacio (Part 1) 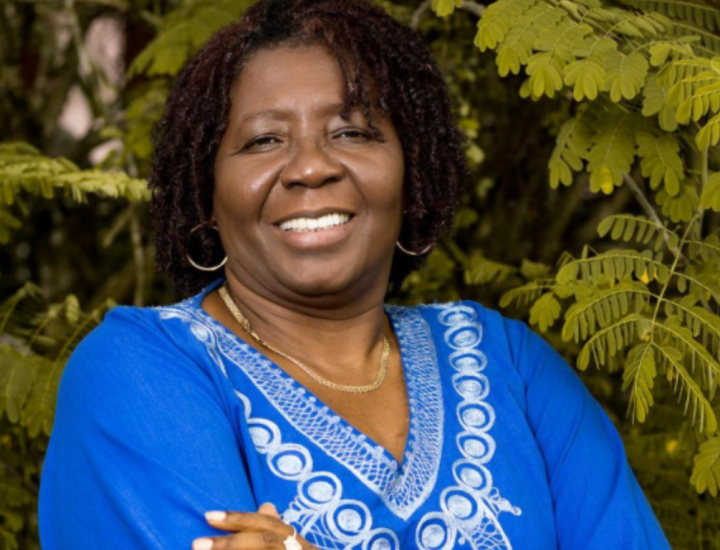 by Rubén Morales Iglesias, Belize City: On behalf of Breaking Belize News, I got together with Sheran Sharon Palacio, the first woman mayor of Belmopan, on Saturday, March 6, 2021 and had an open and frank conversation with mayor Palacio, who said that one day Belize will have a woman prime minister, that we unity need to be more polite with each other, that we need unity, and that the people of Belmopan need jobs and land.

We’ll present you the conversation in two parts.

In this first installment, mayor Palacio talks about her fight against diabetes, women in politics, politeness particularly in government offices, and that we must work in unity.

The first topic the mayor approached was her fight against Diabetes, which she said is very important for her.

Sharon Palacio (SP): One thing that represents me is my fight against diabetes. I’ve waged war against diabetes by having a diabetes run of 26 miles and it has been up and running for the past six years. This will be the 7th year. It’s from Belmopan to Palacio’s Retreat (on the Hummingbird Highway). It’s a marathon, it’s 26 miles and we do it in the form of a relathon whereby we get groups to run a mile and of course some people run the entire 26 miles because diabetes is an issue. We have young high school students and those are our target group participating in this diabetes run. We believe that, you know, having them on board we will be able to finally eliminate diabetes ’cause people can live without diabetes.”

Ruben Morales (RM): When do you normally have the Diabetes Run?

RM: This is women’s month, and it was very unique in that we had a total of 47 women running in both elections, the municipal and the Corozal Bay by-election, 23 women on each side. The 23 on your side got elected. I guess it is like a beginning of sorts for women in Belize because we never had so many women participating in elections in the country. What’s your take on that?

SP: Well, I believe there’s a time for everything and women normally participated as campaigners and as these area captains, but it’s the time, the timing is right. More women will understand that participation in politics is very important because there’s where you get a chance to decide how the country is going to operate and you get the chance to be a part of decision making. I think that it’s an awareness. I call it a movement. So, with time, we’ll have more women involved and I am very happy that on the slate that I represent, we women are the majority and that gives me great joy that other women in Belmopan will be able to see. It will be it will be continued. There’s no turning back.”

RM: I guess one day we’ll have a woman Prime Minister.

SP: “Oh, definitely. Definitely. And it will happen out of Belmopan because my participation will ensure that, in that they come from the University that I was a Director of for all my 18 years. I have all these young people and as I speak, they are writing, they are calling, they are standing outside. They are powerful students coming out of the University of Belize and more so, these women. So, my mission will be to continue working with them, now from a political standpoint and we will have more women involved , and a woman Prime Minister will emerge from Belmopan.

RM: At the swearing-in, you mentioned an African story about unity that you said is applicable to us

SP: Yeah. I shared a story regarding the Ubuntu. My mother was the first person who taught that we need to show love, we need to shoulder our loved ones, and that’s the story of Ubuntu. The thing is ‘I am because we are.’ That’s the main word from it. We don’t compete. There was this little race. The anthropologist told the students, the children, that he wanted them to run a race. So, the normal race is ‘Ready, steady, set, go.’ and everybody just departs, you know? But the children held hands and they moved towards the target as a group, as a team. The anthropologist was shocked and asked the children why they did that and they said it’s all about unity. It’s ‘I am because we are’ and that’s the Ubuntu spirit and that’s the spirit that each household needs to use. When you learn that from the way my mother taught us, then you take it everywhere, everywhere you go.

SP: Because you know, in our country there’s a lot of selfishness that dominates and that’s why I came up with ‘Change from the heart.’ And when I say I, I mean the entire team. We sat down, we deliberated, and when we begin to understand our purpose; what we’re here for because we’re not here forever. We were born, we reproduce, and we die. So, during those phases, let’s do good. Let’s remember to say “Good morning’ to our neighbors. These are the things that we’ve lost. We are going to practice what we preach. We’re going to show, and I did this at the University of Belize. So, I come with this mission. You call any student from UB and you can do that randomly. They’ll tell you, ‘Huh, Miss Palacio, she love people. She knows how to treat people.’ You’ll hear it abundantly. I don’t even have to say it. And before I decided to get into this race, I’m not telling any lie. The people chose me. I am the people’s mayor. You know how many inboxes I got telling me to run? And even before winning, they calling me ‘mayor.’ I walk around Belmopan ‘my mehyah.’ I’m like ‘Take it easy man. Let’s wait.’ My people did not wait. They declared me a mayor even before I decided I want to be a mayor.

SP: Everybody will come and tell you “Oh, it get’s hard, it’s this, it’s that.’ Even to smile. You go anywhere, you go to City Hall right now, you don’t have people smiling. We need to work on customer care. As a people, we don’t treat people right. The People’s United Party, I can tell you, we understand how to treat people. So, I fall under that party. I’m proud and I’m going to use every humane, what you expect from a human being. Basic ‘Good morning.’ People don’t even say ‘Good morning’ anymore. That’s more animalistic. We need to use our humaneness, humanism to be able to reach different goals that are necessary. Belize is not a poor country; Belize is a very rich country. And we’re small. So, there are things that we’ll be able to get done both at home and abroad.

RM: When you go to government offices countrywide, that’s one of the biggest complaints, that you go there, and you get the feeling that you’re being ignored.

SP: Yes, as I always say you need to be the daughter of XYZ before they take you seriously. That’s wrong. The processes that are in place should be applicable to one and all. That if you’re coming to apply for land, that’s it. You apply and you get it, you know, as opposed to this one has to recommend you. No, no, no, no. That nonsense has to stop. Let’s get it done and treat people the way they deserve. But of course, it’s a revolution. It won’t happen tomorrow morning. But happen, it must. People like me who believe in people power, there’s where it begins from. I see myself as a pioneer to making that difference. Remember, we campaigned and the way we crafted it. A ‘change from the heart.’ It begins there. We have to change how we do things.