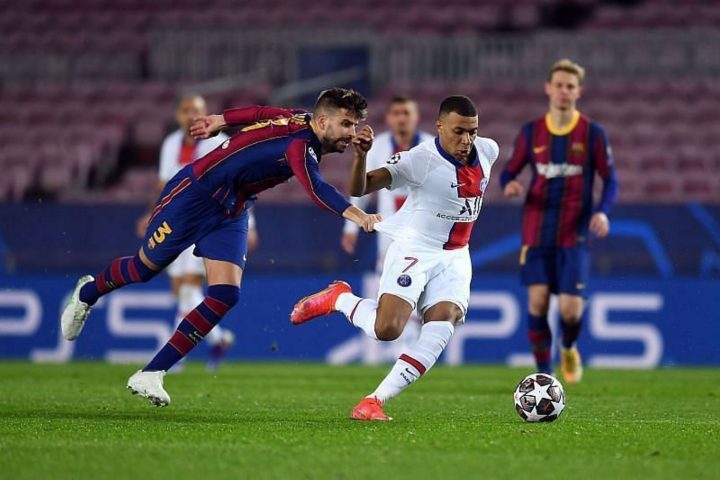 By Rubén Morales Iglesias: Can Barcelona overcome a three-goal deficit, or will Paris Saint Germain bury them?

Two weeks ago, PSG visited Barcelona at the Camp Nou shocking them 4-1 on a Kylian Mbappe hattrick.

Barcelona are shocked, but are they out?

If they have any consolation, it’s that Neymar is injured and will not suit up against them.

They’ve been there before, both of them. In 2017, the French champions dropped a 4-0 lead when Barcelona trounced them 6-1 in a Neymar-led comeback in Barcelona in the Round of 16.

Sergi Roberto scored Barcelona’s sixth goal in injury time in front of a packed Camp Nou in Barcelona. It was such an amazing comeback that the match is referred to as ‘La Remontada,’ Spanish for ‘The Comeback.’

But Neymar is now playing for PSG and the return match is in Paris. Plus, Barcelona are not the strong team they were back then. They are full of younger players and Messi no longer has the likes of Neymar and Luis Suarez up front with him.

Only four times in UEFA history has a team come back from being down by three or more goals.

Barcelona has been at the center of that three times conceding in two. One of the reasons Messi wanted out at the beginning of the present season.

One year after the PSG resurgence, Barcelona wasted a 4-1 lead gained at home against Roma in the quarterfinals just to fall in Rome 3-0 to the Italian squad. Barcelona’s lead appeared insurmountable, but a heroic Roma team crucified Barcelona on an 82nd-minute header by Kostas Manolas. Edin Džeko had put Roma ahead in the sixth minute. A subsequent goal off the penalty spot by Daniele De Rossi gave them hope before Manolas finished Barcelona off.

But Barcelona’s suffering was not over. In 2018/19 semifinals Liverpool made a sensational 4-0 comeback home at Anfield after a Messi brace put Barcelona ahead 3-0 in the first leg. And what’s more, Liverpool pulled that off without Mohamed Salah and Roberto Firmino.

The other time this happened was when Spanish side Deportivo La Coruña stunned AC Milan 4-0 in Spain after falling behind 4-1 at San Siro in Milan in the 2003/04 UEFA Champions League quarterfinals. Walter Pandiani, Juan Carlos Valerón, Alberto Luque and Fran González, who had gone in as a substitute, scored for Depor.

So, can Barcelona come back today?

At the same time Liverpool, sporting a 2-0 lead, hosts the German side RB Leipzig at Anfield.