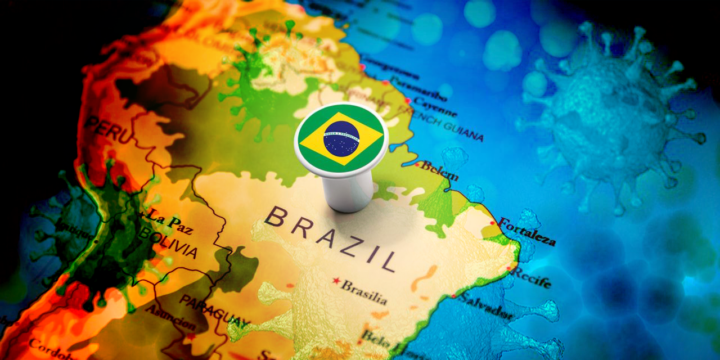 By Benjamin Flowers: Brazil is facing another wave of COVID-19 infections that is pushing its health system towards collapse, reports CNN.

The country has seen record-high infections and deaths in shorts spaces of time, with as many as 2,286 deaths in a single day. Brazil has lost more than 270,000 lives to COVID-19, the second-highest death toll in the world after the United States. The situation is reportedly being made worse by a new, more contagious variant of the virus and people neglecting protocols for the prevention of the spread such as mask-wearing and abstaining from mass gatherings.

“In 22 of Brazil’s 26 states, ICU occupancy has surpassed 80%. In the southern state of Rio Grande do Sul, hospital patients must line up to wait for beds as occupancy rates in intensive care units soar past 103%. The neighboring state of Santa Catarina has already surpassed 99% occupancy and is on the verge of collapsing, as cases surge throughout the state,” CNN notes.

Apart from the hospitals suffering from the rapid rise in cases, healthcare workers are also reportedly being overwhelmed by the spike in workload.

“The health system in Brazil is on the verge of collapse,” Sao Paulo Governor Joao Doria told CNN’s Becky Anderson during a recent interview. “There is no national coordination to combat the pandemic in Brazil. It would be important for the President and the governors to send the same message to the population, but this, unfortunately, doesn’t happen in Brazil.

Despite the record-breaking rise in casualties due to the virus,  Brazil’s President Brazilian President Jair Bolosonaro recently told his people that they need to move on.