Flood ravaged culvert near St. Matthew’s on the George Price Highway being replaced with permanent culverts 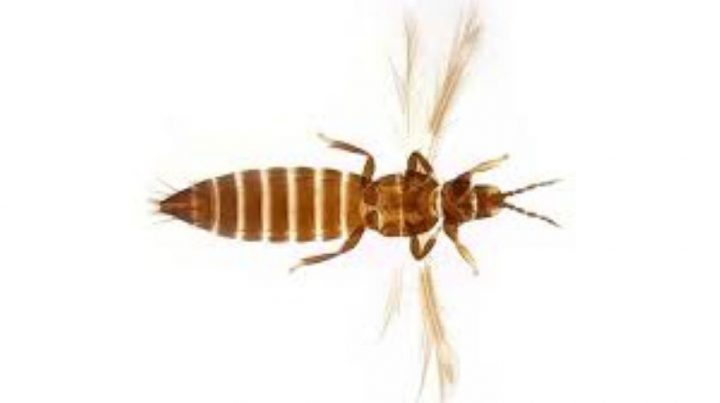 By Rubén Morales Iglesias: A beans pest that if not properly controlled can destroy all Belize bean crops has been detected here said the Belize Agricultural Health Authority (BAHA) today.

BAHA sent a message aimed particularly at grain producers advising that an insect called the Asian Bean Thrip, megalurothrips usitatus, has been detected in Belize.

BAHA said this is the first report of this pest in Belize. Only Florida in the United States has officially reported the pest in the Americas.

The pest, according to BAHA, affects “beans and other legumes causing significant crop damage, ranging from moderate to severe as has been observed in field surveys in Belize.”

It added that if the Asian Bean Thrip is not adequately managed damages can reach up to 100%, as has been reported in some cases.

The Asian Bean Trip is a tiny, elongated yellow and dark insect that measures two millimeters and is found mainly in flowers, buds, and leaves. It causes stunted flower growth and deforms the flowers and growing tips.

The Asian Bean Thrip is found mainly in red kidney beans and black eye peas but can also affect soybean, pigeon pea, lima bean, peanuts other legumes, and even potatoes.

BAHA said that they, the Ministry of Agriculture and CARDI have conducted a delimiting survey which has detected the pest in all bean producing areas of Belize.

The results of the survey will determine the distribution and population densities of the pest and will assess what damages have been caused.

BAHA said that it is advising all producers of legumes, peanuts, and potatoes to contact BAHA or the Ministry of Agriculture if they suspect that this pest is affecting their crop.