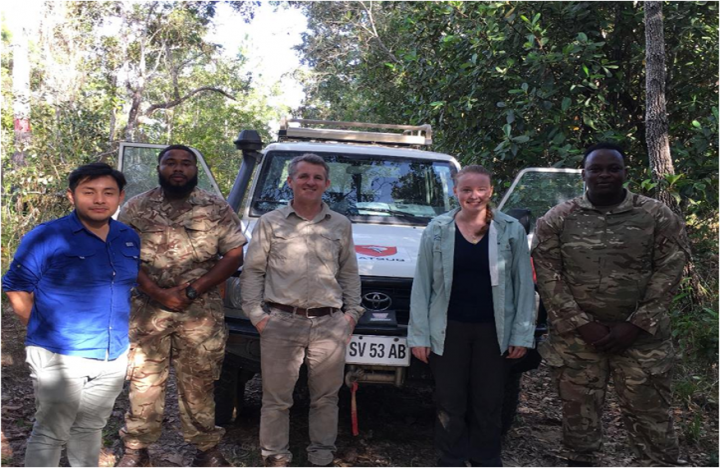 By Zoila Palma: The United Kingdom’s Ministry of Defence’s Sanctuary award was given to Becky Wooldridge for her work in Belize with Panthera.

Panthera is a charity dedicated to the research and conservation of big cats. It is the only organization in the world devoted exclusively to the conservation of the 40 wild cat species.

She was honored for her dedication in support of the Defence Estate in Belize in partnership with the British Army Training Support Unit Belize (BATSUB).

Becky is passionate about the preservation of animals and her application to the observation and monitoring of the jaguars has assisted in helping to ensure environmental compliance and the protection of animals in the country.

Panthera and the British Army in Belize have worked together to create an ecological based partnership which saw them locate cameras into areas that had not been researched to date.

In particular, the cameras allowed for the systematic recording of wildlife in and around the live firing ranges, not something that had been possible before.

The research has produced promising evidence as the detection rates, activity patterns and jaguar home range habits recorded illustrate that there is little variation between military training locations and other control sites, proving that the use of the sites by the military has negligible impact on animal behaviours in these areas.

The research also shows that the presence of military training reduces illegal poaching and logging in the jungle on both private and government land.

“One of the things that stood out for us for Becky, is how tough and robust this young lady is and can be. Walking from 20 to 30 kilometres a day with our troops in tow, earning the utmost respect of our guys. She ensures that she looks after the fragile eco system, the jungles, the savannah, and the flora and fauna of Belize,” Major Alan Grant, Training Safety Officer of DIO BATSUB said.

By using Panthera’s data skills and equipment, both organisations’ efforts in conserving wildlife and developing a programme of planting trees to support carbon sequestration have been maximised.

With families, staff and soldiers getting involved in the project more than 200 trees of 18 different native species have been planted.

Becky says that she is deeply devoted to the preservation of the animals and the sites upon which they roam and live within Belize.

She continues to develop her knowledge and understanding of wildlife and ecology while studying for her MSc in Statistical Ecology at St Andrews.