Friends for Conservation and Development complete expedition to Doyle’s Delight 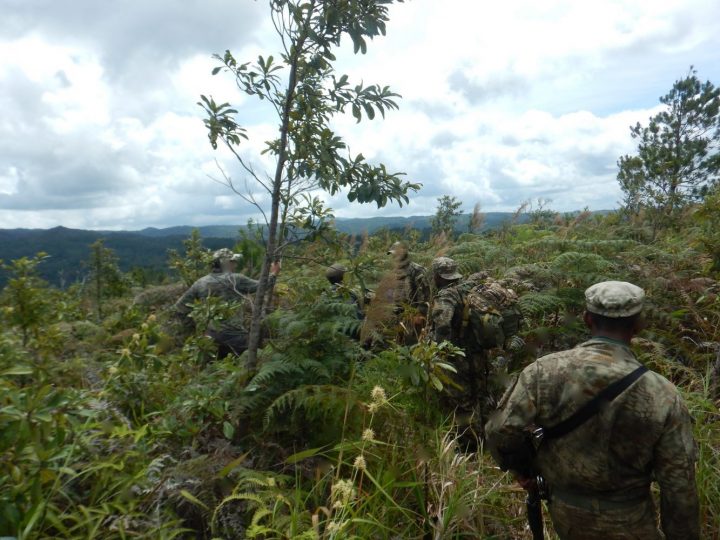 By Zoila Palma: It is the highest peak in Belize at 1,124 meters (3,688 ft.) and last week, rangers from Friends for Conservation and Development (FCD) completed Maya Quest 5, an expedition to Doyle’s Delight.

FCD notes that the objective was to assess any impacts that may have affected Doyle’s Delight and document any human footprint that is observed at the highest point on the Maya Mountains.

Doyle’s Delight lies on a ridge that runs north-south intersecting the main divide of the Maya Mountains in the Chiquibul National Park and Bladen Nature Reserve and is part of a more gently sloping range, with no dramatic peak.

Victoria Peak, which for a long time was considered the highest peak in Belize, is slightly lower at 1,120 m (3,670 ft). There are species of plants and animals unique to the area and temperatures at night can drop below 60 degrees Fahrenheit.

In 1996, the then Youth Environmental Action Group (FCD) conducted its first expedition to Doyle’s Delight.

At that time the goals of the 4-person team were for young Belizeans to develop their navigation/exploration skills, learn about the forest and wildlife, and develop a love for the land.

However, the expedition last week provided the opportunity for the FCD 6-person team to observe the mining activity undertaken by Boiton Minerals Company at Ceibo Chico. They also documented a section of Mal Pago Creek apparently used by Guatemalan gold panners, as well as several camps abandoned by them.

The team also observed a changing pine forest ecosystem due to forest fires that have affected a few ridgelines. The team also saw denuded areas along the western flank of the Chiquibul National Park and Victoria Peak. In addition, the creeks with cascading water are clear and cold, FCD said.

“The hairy palm (Colpothrinox cookii) dominates the higher elevations as well as the sound of the slate-coloured solitaire (Myadestes unicolor). A survey marker placed in 1970 is no longer found at the high point of the ridge, while bamboo stands appear to be growing profusely. The forest shrubs are growing high; therefore, any visibility of the surrounding ridges and landmarks are absent”, says the FCD

FCD also noted that signs of past Expeditions from the 1980’s are seldom observed except the orange and pink markers that are faded away under the growing moss along Fork Camp track to Doyle’s Delight.