Will Belize get a new Governor-General? 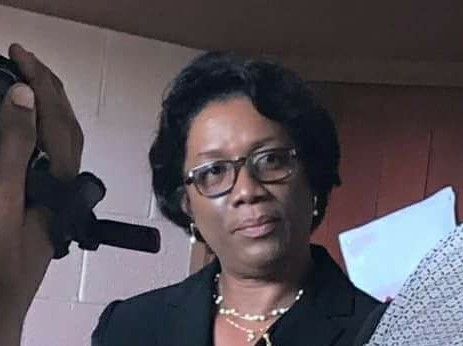 By Benjamin Flowers: The Auditor-General (AG) Dorothy Bradley is calling out the Public Service Union (PSU) and the Association of Public Service Senior Managers (APSSM) saying that their call for her removal is motivated by a personal agenda and not in any attempt to increase government oversight.

The AG noted that this is not the first time that the Public Service Union has come after her, noting that in September 2020, just before the general elections, the President, Gerald Henry, wrote the former Prime Minister demanding that he fire the Auditor General. When that call went unanswered, she said that Henry wrote to the Governor-General demanding the same.  With all his attempts exhausted, she said he turned to abusing his office of the PSU president to pursue his personal agenda.

‘However, what the President has failed to declare is that he has a personal vendetta against the Auditor General because he, as a staff member now seconded to the Union, has been disciplined on several occasions, by the Auditor General, for misconduct on the job. In 2017, he went as far as threatening the Auditor General in the presence of the Public Service Commission, by saying that “they will pay somebody to hurt her” during one such disciplinary hearing,’ the AG said.

In response to criticisms made in regard to the office of the AG and providing a necessary check and balance for the Government of Belize, the AG notes that the unions have demonstrated that they have no understanding of the functions of her office, neither how it is established nor how it is run. The AG went on to accuse the unions of trying to distract from the fact that they have failed in their role to stand against corruption by attacking the work of her office.

“It is with much sadness the Office of the Auditor-General views the energy being exerted as personal when the two unions have failed miserably to demand accountability from both the government and public Officers and push that the five Reports suppressed at the National Assembly be released. Neither of these Unions seems to understand the fundamental difference between external and internal audit functions. Instead, the unions now chose to mask its frustration with personal agenda,” the AG added.

Yesterday, the joint union negotiating team working with the government on cost-cutting measures called for the removal of the Auditor General, Central Bank Governor Joy Grant, Financial Secretary Joseph Waight and called for a thorough review of the work of the office of the Accountant General.