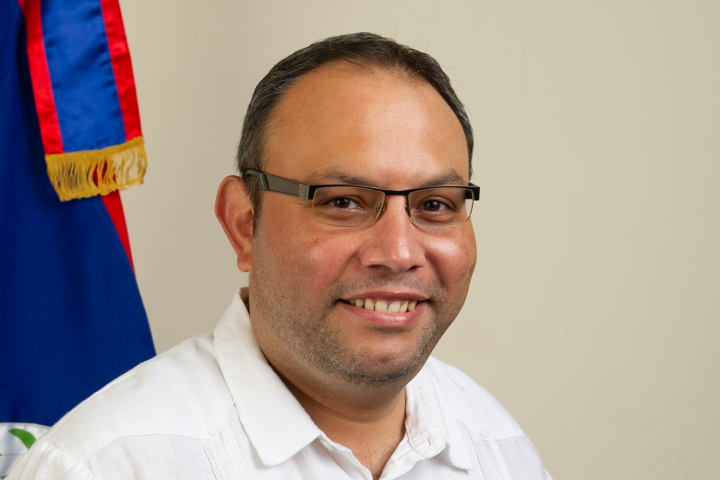 By Benjamin Flowers: This week Minister of Public Service, Constitutional and Political Reform Henry Charles Usher made controversial remarks seemingly mocking the nationwide motorcades hosted by the Belize National Teacher’s Union (BNTU) over the 10 percent salary cut proposed by the Government of Belize. Charles regarded the event as a “waste of fuel,” however, the BNTU responded by saying time will tell if their efforts are in vain.

“What are they protesting? It baffles me. Like I said you’re wasting your fuel. The gas stations will be happy, government collects more taxes by the fuel that you are spending, so that’s a good point, but other than that you’re not achieving anything. If you guys are willing to sit in a car together to drive around Belize City then it’s time to open the classrooms to our children. It’s time for you to get back in the classrooms,” Usher said, during an appearance on The Whip Talk Show on the People’s United Party-owned Vibes Radio and TV on Tuesday.

At Wednesday’s press conference held by the joint union negotiating team  currently negotiating cost-cutting measures with the Government of Belize, reporters questioned BNTU National President Elena Smith on Charle’s dismissal of the motorcades. Smith, who had pointed out earlier that the PUP once stood with teachers as they protested against the United Democratic Party, spoke on the conviction that the union is bringing to its activities to signal displeasure with the proposed salary cuts.

“He may feel that, because he is in power right now, that whatever action we take might have no effect on his leadership…” Smith said, adding “If the minister feels that our motorcade was a waste of time, time will tell.”

Smith noted this week that the motorcades were only the beginning of their efforts to voice their dissatisfaction with the salary cuts and that there are various other activities planned, which will not be revealed before their time.