Where did the Superbond come from? 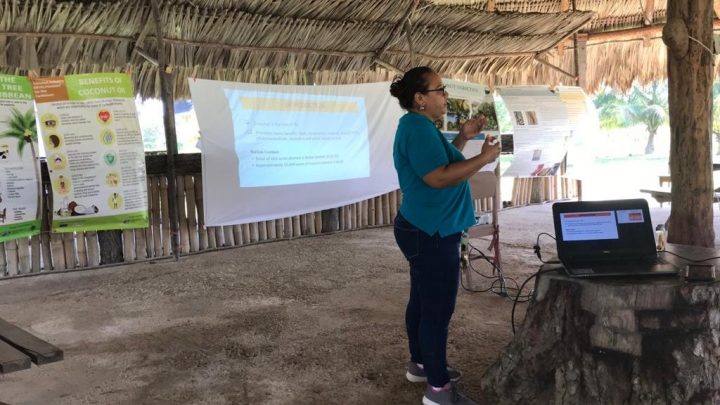 By Hugh O’Brien: As we celebrate Women’s History month, Breaking Belize News (BBN) teamed up with the Ministry of Agriculture and is highlighting a number of the women who are playing a key role in Belize’s agricultural development. This week, we feature Teresita Balan, a 41 year old woman who hails from San Ignacio but has her origins in Bullet Tree village in the Cayo District. Terry, as she is affectionately known, is the mother of two (2) children, a 19 year old daughter and a 7 year old son.

Teresita Balan is currently serving as an Agronomist at the Research and Innovation Center in Central Farm. In her capacity as agronomist, Terry manages the national coconut hybridization program and the Ministry’s new agriculture diversification plot. Under the coconut hybridization program, Terry oversees the production of hybrid Maypan coconut seedlings which are produced by crossing the Panama Tall coconut variety with the Yellow Malayan Dwarf. These hybrid seedlings have a high level of tolerance to the Lethal Yellowing disease which wiped out a large portion of Belize’s local coconut trees since the late 1980’s.

The new agriculture diversification plot that Terry manages is a program launched after the COVID-19 pandemic hit Belize, and the aim is to ensure that the Ministry of Agriculture has a fair supply of planting material to assist farmers who are interested in some level of personal food security. Planting material for crops such as cassava, yam, sweet potato, plantain, banana and tumeric were collected and various plots of these crops were established in Central Farm. Farmers are now able to obtain planting material free of cost from these plots by contacting Terry or any member of her team.

Teresita Balan’s love for agriculture has its foundations in a long history of farming that permeates the large Balan family which has many farms along the Mopan River in Bullet Tree village. Her passion for agriculture led her to attend the Belize College of Agriculture where she graduated in 2000 with an Associates Degree in Applied Agriculture. After graduating from BCA, she worked as a Statistical Officer in the Ministry of Agriculture and was a key figure in ensuring that import permits for agriculture commodities were properly managed.  According to former Minister of Agriculture, Daniel Silva, “putting an honest, hardworking woman like Teresita Balan in charge of import permit was key to ensure that local farmers were able to sell their produce, especially for those commodities like onions, potatoes, carrots, broccoli and cauliflower that were new initiatives being promoted by the Ministry under his watch”. It was clear from early in her career that Terry was intent in blazing a path in the agriculture field. 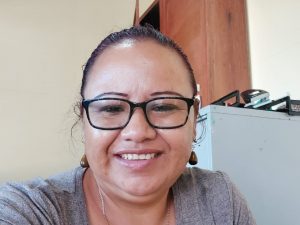 In 2004, Terry obtained a scholarship and study leave was approved for her to further her studies at EARTH University in Costa Rica. She completed the 4 year program and in 2007 graduated with a Bachelors degree in Agriculture Science and Natural Resource Management. A Bachelor’s degree was not enough for Teresita Balan and a couple years ago she obtained a partial Organization of American States (OAS) scholarship and enrolled in an online Masters program delivered by EADIC Technical School in Madrid, Spain. Terry completed her Masters Degree in Administration of Agricultural Enterprises and Agribusiness Management in October 2020.

In her 20 years working for the Ministry of Agriculture, Ms. Balan has worked in several technical areas, including open field vegetable and root crop research and production, production of organic amendments (compost, bokashi, liquid fertilizers), production of hybrid coconut seedlings, grains and legume production, cover crops and fruit trees. She is currently the vice chair of the National Coconut Stakeholders Platform where she contributes to the ongoing development of the coconut industry in Belize.

Teresita Balan is a very hard worker and is recognized for her contribution to the Ministry’s work plan and the support she extends to farmers around the country. When interviewed by BBN, Balan said “my motivation comes from sharing my knowledge and experience with others and this is why I enjoy working directly with farmers in the districts.” According to Balan, “there is no wrong farmer, thinking wisely is what we need to achieve a successful outcome.”

BBN congratulates Teresita Balan for her achievements and wishes her well as she continues to blaze an agronomic path in the Ministry of Agriculture.